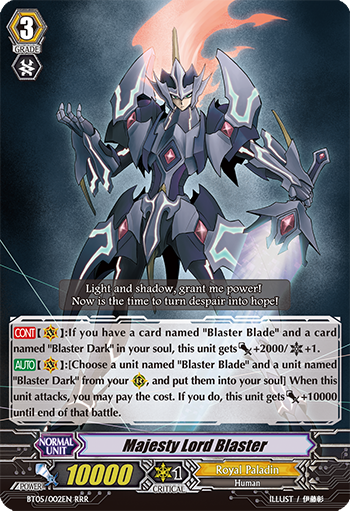 [Majesty Lord Blaster] is used in the follow Deck Recipes