Welcome, fellow Cardfighter, to the world of Cardfight!! Vanguard!Imagine it! Exciting battles await on the Earth-like “Planet Cray”!

Lead the charge as the Vanguard, and show your allies the path to victory!

Launched in March 2011, Cardfight!! Vanguard is a multimedia franchise which revolves around the trading card game of the same name, and is supported by complementary works such as the televised Vanguard anime series, and more!

Learn more about the animation here!

We can’t get into a card game without learning the ropes, so without further ado, here’s a short video on how to play!

For those who love to read, a readable version is available here!

After learning the general rules of the game, it’s time to get some first-hand experience! Let’s do it now with the demo deck!

There’s a lot more to learn about Planet Cray, allowing us a good insight into the background story of said planet and its residents!You can read all about Planet Cray on The Official Lore Site via the banner below! 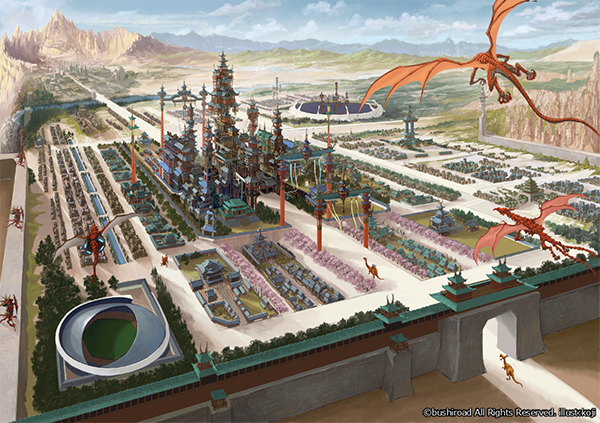 Dragon Empire
• The only nation whose name remains even after 3000 years.
• While the nation’s borders are in constant flux, it remains safe and affluent due to its great military power based on destructive weapons that meld magic and science.
• A dragon egg of legends lays dormant at the “Red Dawn Manor” within the sacred temple at the center of Dragon Empire. 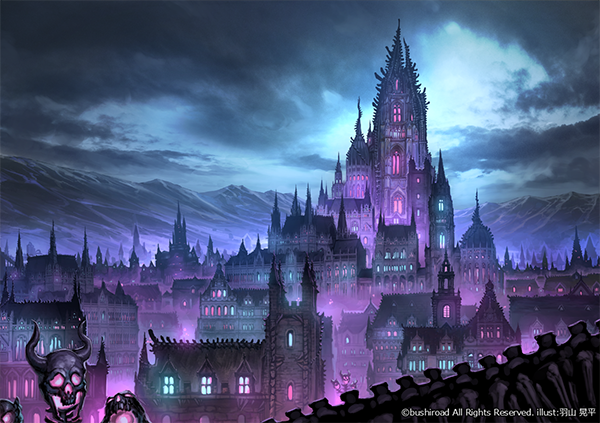 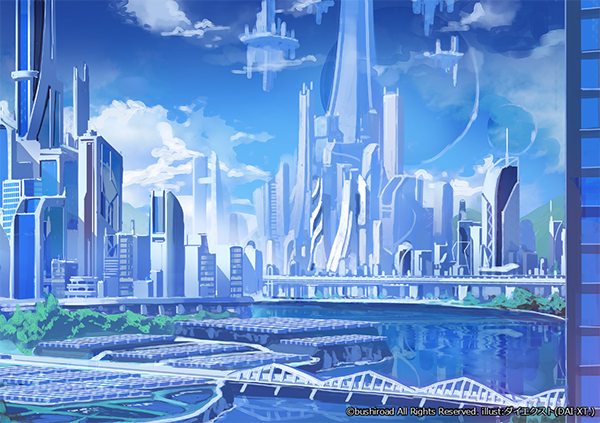 Keter Sanctuary
• What was once known as United Sanctuary is the youngest nation of Planet Cray
• This nation was once a holy kingdom of heroes that prized justice and order, but its territory has shrunk from civil wars and calamities.
• Separated into the controlling faction that looks down from the floating island, and the people below that gaze up at the island. 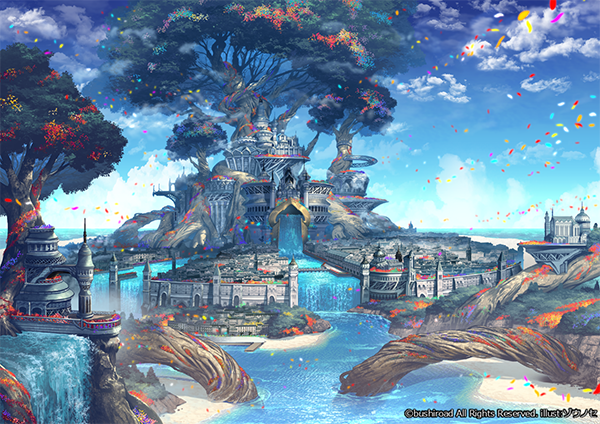 Stoicheia
• The nation with the longest history on Planet Cray “Zoo”, and “Magallanica” where the aquatic creatures and undead army gather, became one nation based on the teachings of the great sage Stoicheia.
• As foreseen by Stoicheia, the former Zoo is a land where the world’s best minds gather within the verdant riches of nature represented by the sacred tree. Stoicheia’s national power has been on a sharp rise of late, due to its abundance of resources and the unity of its people. 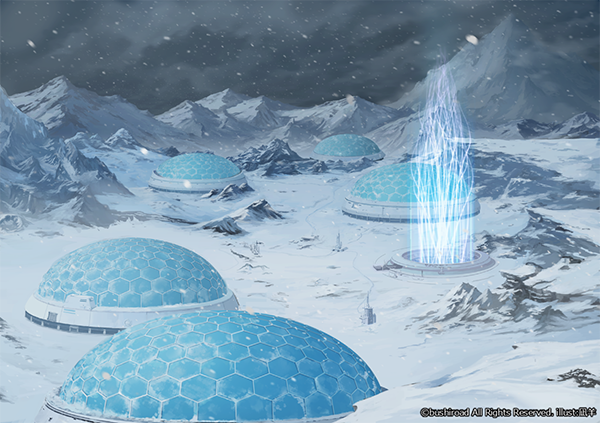 Brandt Gate
• The nation known as Star Gate prospered from being the Star Gate of Planet Cray to visitors from other dimensions. It maintains its advanced culture and national power in the new era through its high level of technological development.
• To prepare for the return of “Void”, the citizens of Brandt Gate defend themselves from invaders with the power of science, and continue fighting at the borders of the world. 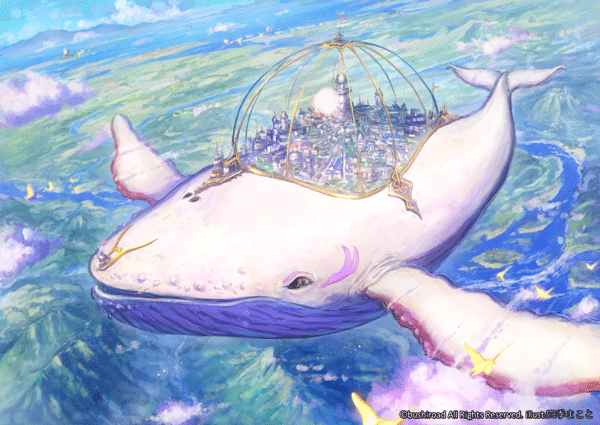 Lyrical Monasterio
• A school city built atop the back of a gigantic whale that soars through the skies. It is the sixth nation of Planet Cray, and its independence is recognized by the five other nations.
• During the deity-less era, “Bermuda Triangle” received teachings from Stoicheia the Sage, and was reborn as Lyrical Monasterio. During this time, it was said that a great mermaid had greatly contributed to the creation of the nation.
• Lyrical Monasterio receives students aspiring to become idols from all over the world. As both a school and city, there are no restrictions placed upon race, gender or age.

CARDFIGHT!! VANGUARD overDress also introduces many new abilities to the card game! Let’s take a look at what they are and how to perform them!
OverDress
Final Rush
Alchemagic
Set Order 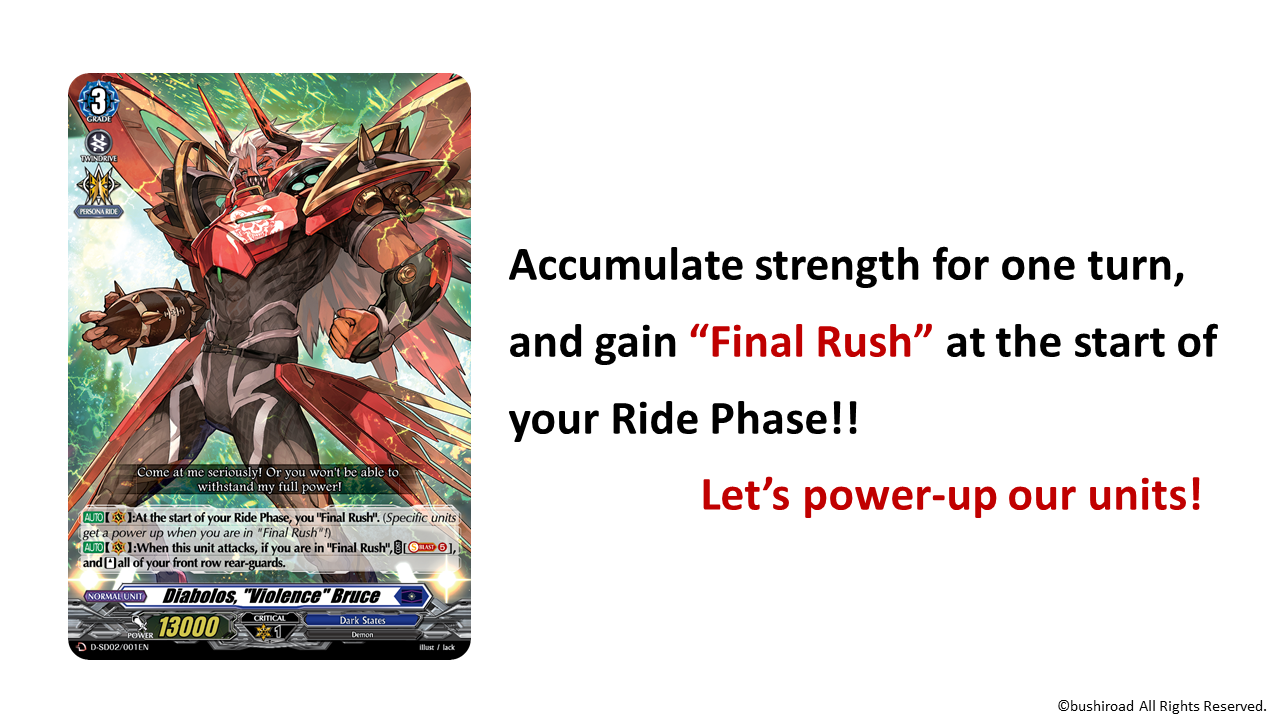 We’ve gone through so many things now, and I’m sure you’re itching to get your hands on some cards to start your journey! Let’s go through all the different types of products available!

Start Decks are pre-constructed decks that are designed for beginners to learn how to play Cardfight!! Vanguard and are ready for play straight out of the box!
Explore our available CARDFIGHT!! VANGUARD overDress Start Decks via the clickable banners below!

Booster Packs consists of cards that upgrade and further strengthen the start decks. Booster Packs, as the name suggests, mainly come in packs where a random selection of cards is inserted in each pack.
Each of the CARDFIGHT!! VANGUARD overDress Start Decks can be further strengthened with cards from our first Booster Pack onwards! Check out more details via the clickable banner below!

Our first Special Series in CARDFIGHT!! VANGUARD overDress consists of reissued cards from the overDress Start Decks, as well as some new cards to power up said Start Decks! Check out more details via the clickable banner below!

There’s various kinds of rarities available in our Booster Packs! There’s even some products with unique rarities included! Here’s a glossary of the more commonly known rarities and what they stand for!

Over Double Rare (Special rarity for Over Triggers)

We have tournament events throughout the whole year where you can test your skills against your fellow cardfighters, ranging from regular shop tournaments to national and continental level tournaments with highly attractive prizes up for grabs!

There are 3 different formats for our shop, national and continental level tournaments
– Standard, V Premium and Premium! Let’s take a look at them!

Do check out detailed information on each of the different formats available here!

Also, check out the upcoming events we have in store!

*With the current situation on COVID-19, we encourage all cardfighters to contact their local game store to confirm safety procedures for tournaments and to prioritize personal safety and the safety of those around you above all else.

The fun part in deck building is trying out different combinations of cards to see which works best for your playstyle, but with so many good cards available, it can be daunting for the new player.We’ve created some guides to help you get started, check them out!

I’m interested in getting Cardfight!! Vanguard products! Where can I get them?

Cardfight!! Vanguard products are available from game stores and hobby stores. You’ll be able to find the nearest store via this link!

I’m interested in playing Cardfight!! Vanguard, but I don’t have anybody to play with.

You’ll be able to find other cardfighters on the official Bushiroad Discord channel!
Click here for more details

Other than the downloadable version, are there any demo decks available? Where can I obtain one?

Yes. Demo decks are available. Do check with your friendly local game store near you on its availability! Check out our list of retailers here.

How will Cardfight!! Vanguard’s product releases be scheduled for the year?

VGE overDress boosters releases are planned to be released once every 2 months. More details for the English version will be announced at a later date, and information on upcoming product releases will be updated here.

If I do not perform overDress for “Vairina”, am I unable to call it?

No, you can still call “Vairina”. In this case, you can choose to perform a normal call from hand, or to perform a superior call.

My vanguard is grade 1, but can I perform overDress on my rear-guard “Trickstar” and place “Vairina” on top?

No, you cannot. For overDress, similar to a normal call, it needs to be the same grade or lower than your vanguard.

Is the originalDress card “Trickstar” kept in soul?

No, it is not. You cannot use originalDress cards as cost for Soul-Blast.

What happens when “Vairina” retires from overDress?

When “Vairina” is Superior called, can you overDress on top of “Trickstar” that is on a rear-guard circle?

No, you cannot. For overDress, you will place it on top of the specified unit instead of performing a normal call.

Can “Vairina” in overDress mode intercept? What is the Shield value like in that case?

Yes, it can intercept. It shifts to the guardian circle together with the originalDress, and the shield value is 5000.

What is “Final Rush”?

It is information that the fighter holds. There are card effects that reference “Final Rush”.

When you are in “Final Rush” at the start of your Ride Phase, after performing Persona Ride, do I lose “Final Rush”?

No, you will remain in “Final Rush”. After performing Persona Ride, even if your vanguard changes to other units, you are in “Final Rush” until end of turn.

If there is only one “Galaxy Central Prison Galactolus” in the order zone, can I place only one card from opponent?

No, you can “Imprison” multiple cards.

When calling from Prison, can I perform Soul-Blast twice? Subsequently, can I Counter-Blast twice?

Yes, you can. You can use and call multiple times from Prison as long as you are able to pay the cost.

If I call from Prison, can I call regardless of the current grade of the vanguard?

Yes, you can. Calling from Prison is treated as a superior call, therefore, you can call regardless of your vanguard’s grade.

After calling from Prison, can I use the ability of the called unit when placed?

Yes, you can. You can use abilities of cards that are triggered when placed.

Can I place multiple set order in the order zone?

Yes, you can. Even with a set order in the order zone, you can still play set orders.

If “Vairina” in overDress state is imprisoned, does it move to Prison together with the originalDress?

Yes, it moves together with originalDress. When it moves to the order zone, the overDress state will be removed, and “Trickstar” and “Vairina” will be imprisoned as separate copies.

If you used “Alchemagic”, will it be regarded as playing an order card twice?

No, it will not. An order card can only be played once. The cost and effect of the order card bound is added.

When using “Alchemagic”, how should the process of binding an order card, paying the cost for two order cards, and the two effects be resolved?