A Dark States deck with the power of grade 4 and Final Rush tactics. Let's release all of the power we have accumulated so far, and go for six super-powerful attacks! 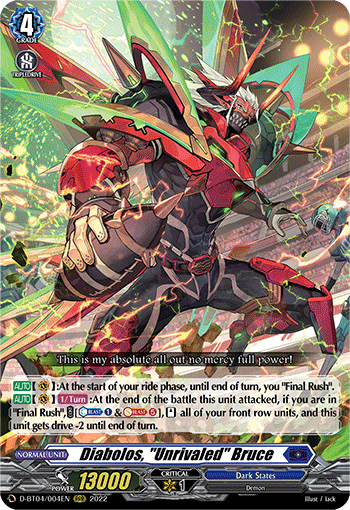 Diabolos, "Unrivaled" Bruce
At the end of the battle this unit attacked, pay the cost of Counter-Blast 1 and Soul-Blast 5 to restand all of your front row units, including itself!! Though the second vanguard attack will only have a single drive, together with your rear-guards, you will be able to unleash a total of 6 powerful attacks! Combine this with your rear-guards' abilities and aim for a chain of powered-up attacks! 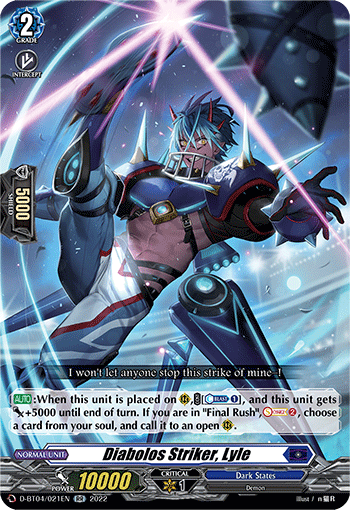 Diabolos Striker, Lyle
With a Counter-Blast 1 when placed, this unit gets +5000 Power until end of turn! If you are in "Final Rush", Soul-Charge 2 and call a card from soul! An all-rounder which not only can power up itself, but also charge its soul and call a rear-guard! Prepare your field with this unit and then combo it with Bruce's ability!