Cry of Despair within the Chaos of Silence

The Keter Sanctuary deck with Phantom Blaster Overlord as it's trump card! Sacrifice your allies to power up your battle tactics and gain continuous attacks! Let's aim for the fastest trigger condition with "Phantom Blaster Dragon" in your soul! 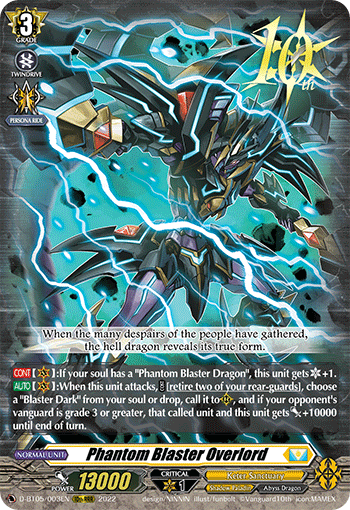 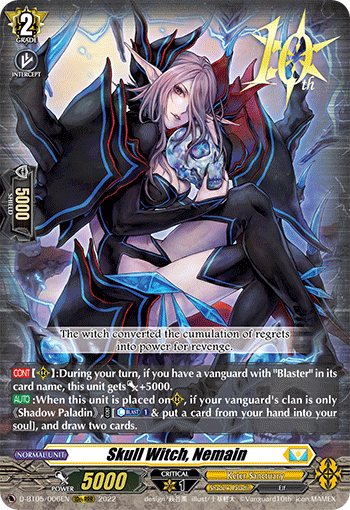 Skull Witch, Nemain
If you have a "Blaster" vanguard, this unit gets Power +5000! When placed, if your vanguard's clan is only 《Shadow Paladin》, by Counter-Blasting 1 and putting a card into your soul, draw two cards! An extremely useful unit with the ability to increase your hand! You can also use Nemain's ability to put "Phantom Blaster Dragon" from your hand into your soul!