Dwellers that Squirm in the Dark 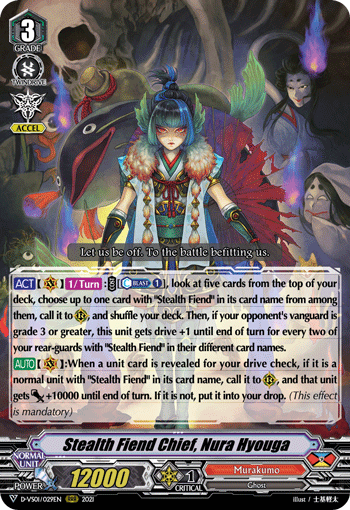 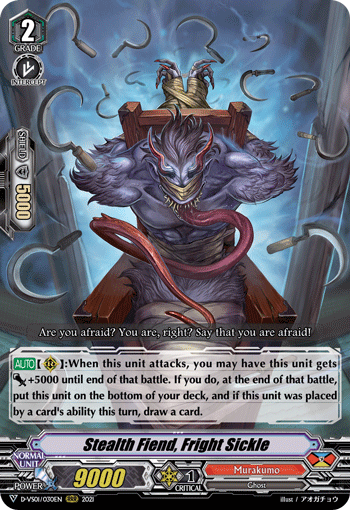 Stealth Fiend, Fright Sickle
When this unit attacks, you can increase this unit's power by 5000! If you do, put this unit on the bottom of the deck at the end of that battle, and if this unit was placed by a card's ability, draw a card! An attacker that can increase your hand size while attacking with high power! 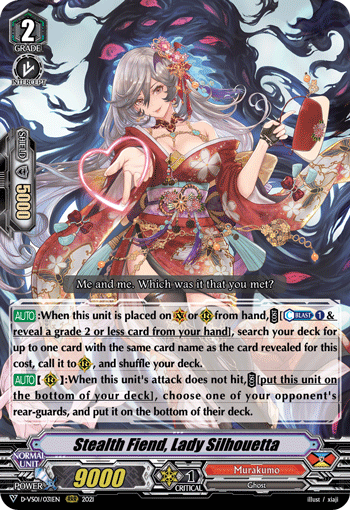