A "Tachikaze" deck that strengthens the vanguard and battles by retiring allies. Combine it with the ability that activates on retire, and unleash a continuous powerful attack! 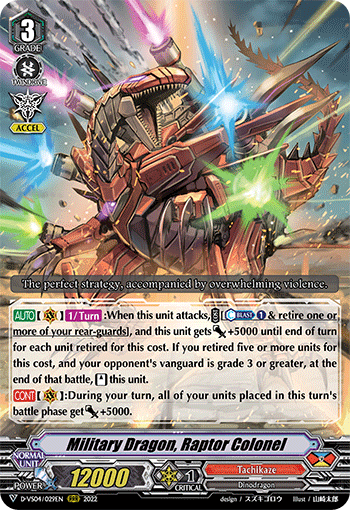 Military Dragon, Raptor Colonel
When it attacks, Counter-Blast 1 and retire one or more rear-guards and this unit gets +5000 for each retired unit! If you retired five or more units and your opponent's vanguard is grade 3 or greater, restand this unit! All units placed in this turn's battle phase get +5000 Power! Not only can you increase its power from retiring rear-guards, it is also possible for it to attack for two consecutive times! Pressure your opponent further by aiming for continuous attacks done in tandem with units that can call allies when retired! 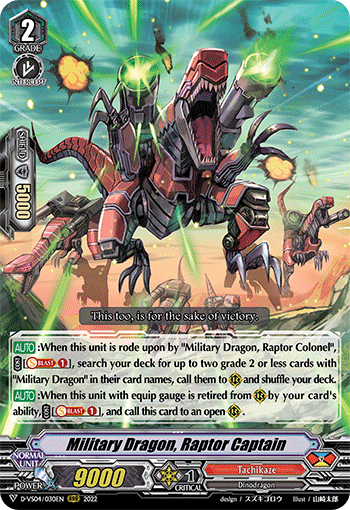 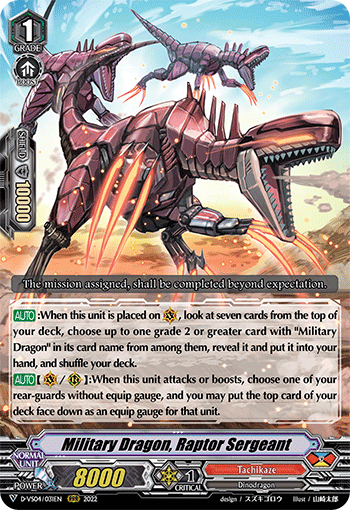