The Master of the Uncanny

A Dark Irregulars deck that not only puts your own cards into soul, but the opponent's cards as well! The more cards in the souls of both players, the stronger the ability of "Amon" becomes! Increase the power and critical of your vanguard and attack! 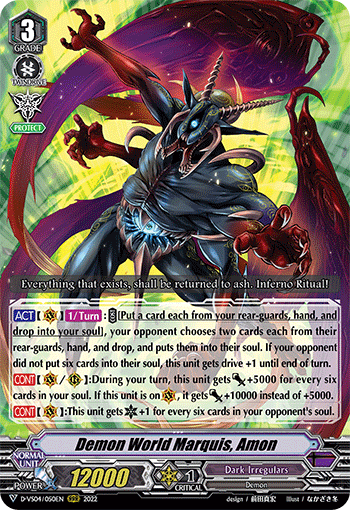 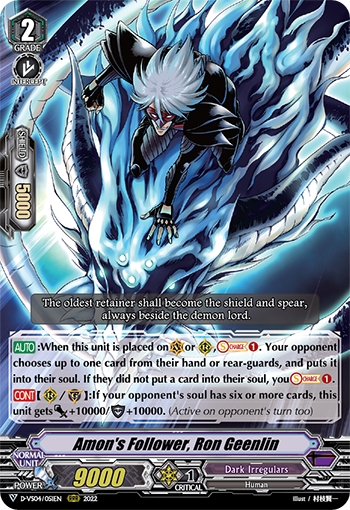 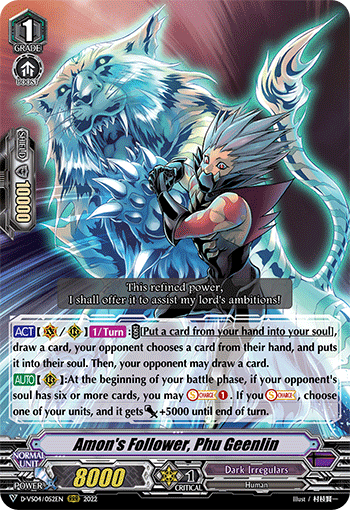 Amon's Follower, Phu Geenlin
By placing a card from your hand into soul, you can draw a card. At the same time, your opponent will also put a card from their hand into their soul and then they may draw a card! At the start of the battle phase, if your opponent has six or more cards in their soul, you can Soul-Charge 1, and one of your units get +5000 Power! This is a unit that can increase the amount of cards in the souls of both players. By increasing the amount of cards in your opponent's soul, you'll be able to use even more powerful abilities!