A Link Joker deck that focuses on strategies revolving around locking; with "Star-vader, Nebula Lord Dragon" as the trump card. Lock your opponent's rear-guards every turn to restrict their moves and give mercy to those cornered with despair! 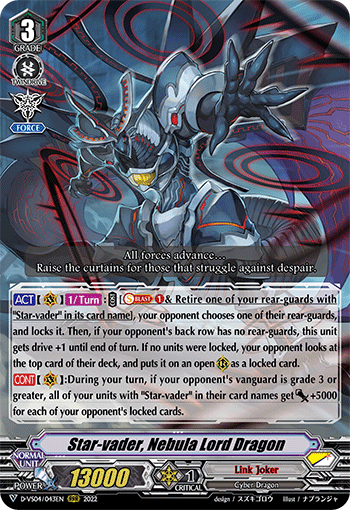 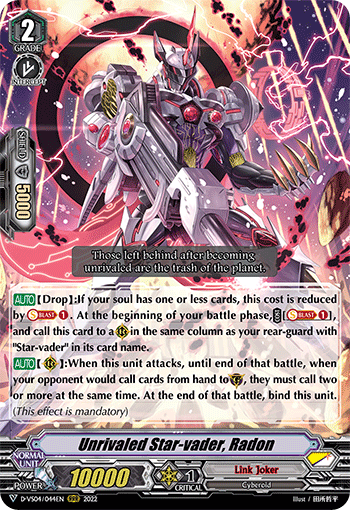 Unrivaled Star-vader, Radon
At the start of your battle phase, you can Soul-Blast 1 to call this card from drop to a rear-guard circle in the same column as your Star-vader rear-guard! If your soul has one or less cards, you can decrease the Soul-Blast 1 cost as well! When this unit attacks, if your opponent would call guardians from their hand, they must call two or more at the same time! At the end of that battle, this unit will bind itself. 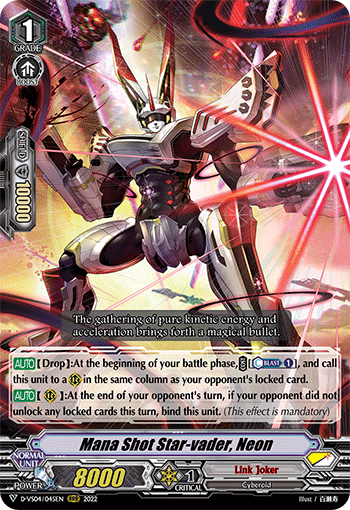