Cardfight!! Vanguard Trading Card Game | Official Website > Deck Recipe > The Phantom Beast That Lies On The Other Side

The Phantom Beast That Lies On The Other Side 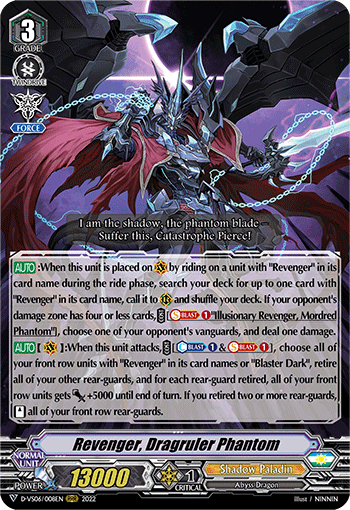 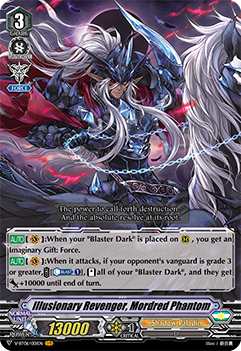 Illusionary Revenger, Mordred Phantom
Gain an Imaginary Gift:Force when your ally "Blaster Dark" is placed! When attacking, if your opponent's vanguard is grade 3 or greater, Counter-Blast 1 to stand all of your "Blaster Dark" rear-guards and they get +10000 Power!
Accumulate Imaginary Gifts by placing multiple "Blaster Dark" and prepare for "Revenger, Dragruler Phantom"!