Future and Pencils are Unchained and Infinite 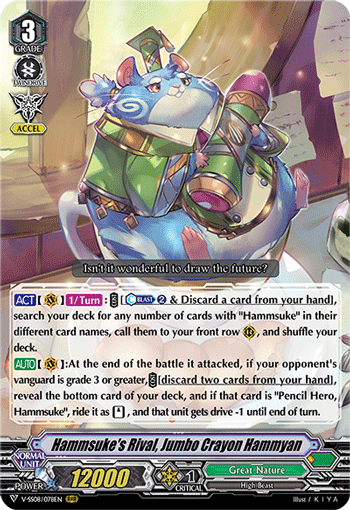 Hammsuke's Rival, Jumbo Crayon Hammyan
The cost may be high, but you can call any number of "Hammsuke" units, including those from your deck! At the end of the battle it attacked, if your opponent's vanguard is grade 3 or greater, reveal the bottom card of your deck! If that card is "Pencil Hero, Hammsuke", ride it! The ability that allows you to call allies from the deck at once is super powerful! At the end of your attack, pass the baton over to "Pencil Hero, Hammsuke" and attack continuously! 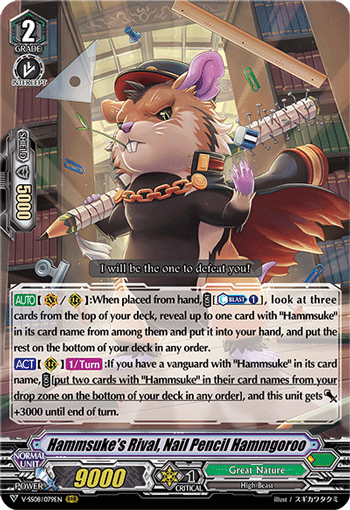 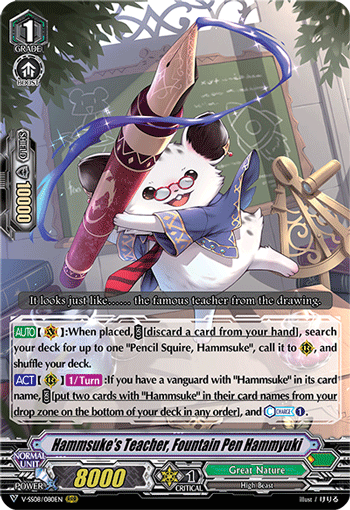 Hammsuke's Teacher, Fountain Pen Hammyuki
When placed on the vanguard circle, call a "Pencil Squire, Hammsuke" from your deck! Counter-Charge 1 by placing two "Hammsuke" cards from your drop zone on the bottom of your deck! It greatly supports the abilities of "Hammsuke" units!