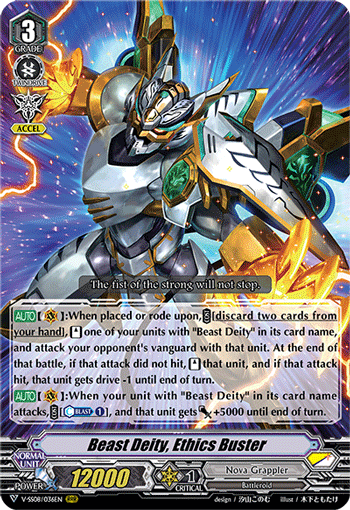 Beast Deity, Ethics Buster
When placed or rode upon, discard two cards from your hand to stand a "Beast Deity" unit, and attack your opponent's vanguard with that unit! When your "Beast Deity" unit attacks, you can pay the cost to increase that unit's power by 5000! The ability that allows for attack is a powerful one, as it allows you to choose your own vanguard! It will be activated not only when placed but also when rode upon! 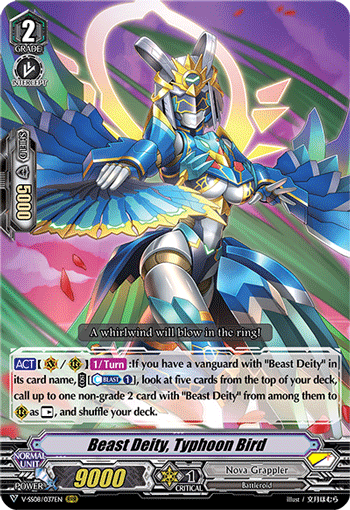 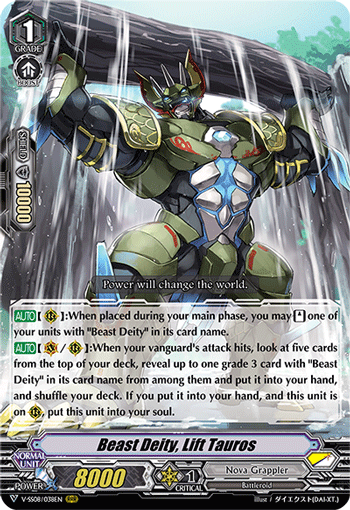 Beast Deity, Lift Tauros
When placed, stand one of your "Beast Deity" units! When the vanguard's attacks hits, look at the top five cards of your deck, and add one grade 3 "Beast Deity" card to your hand! If this unit is on a rear-guard circle, put this unit into your soul! If you have a "Beast Deity, Ethics Buster" in rest that has attacked from an ability, you can restand it with this card!