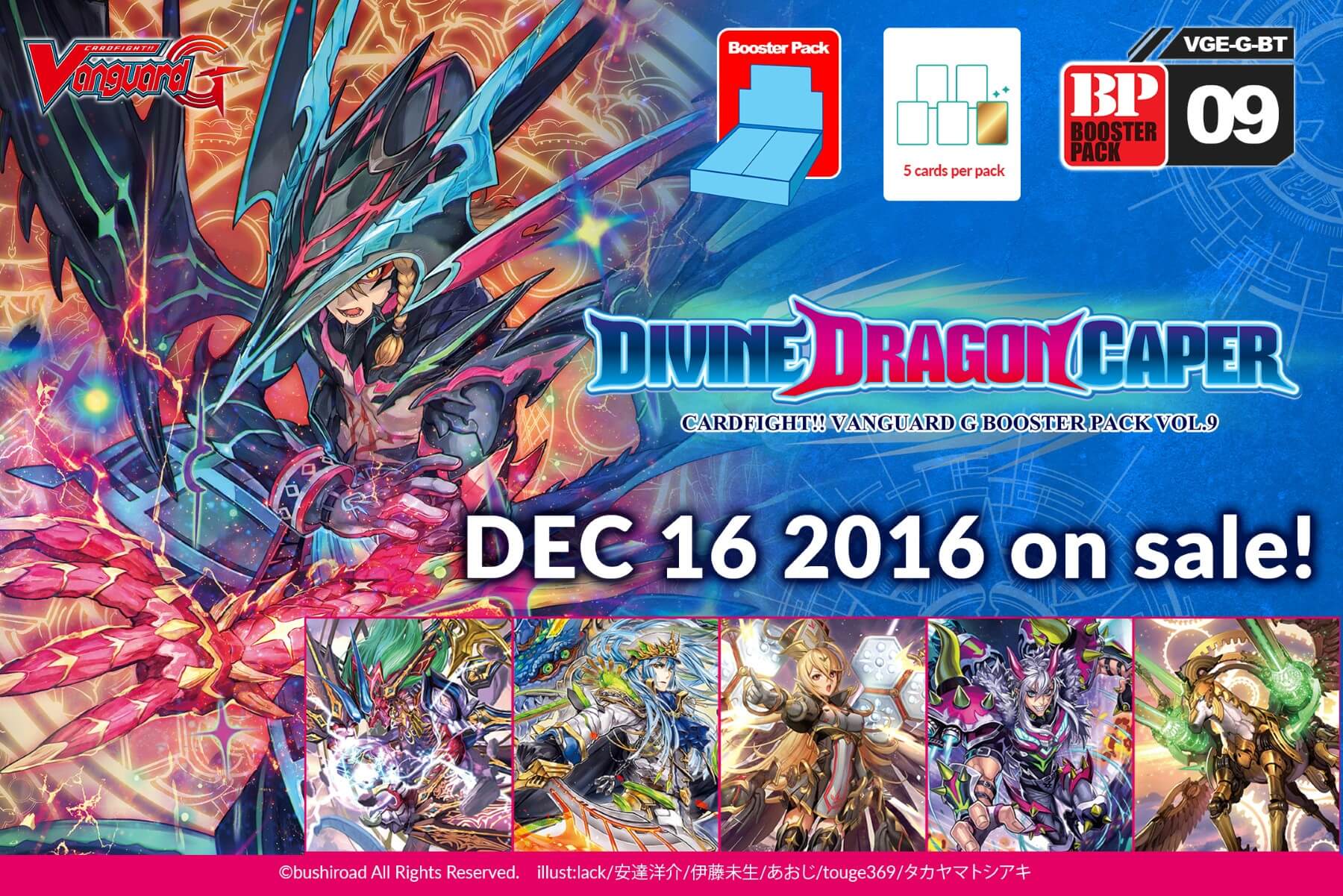 The reissued cards will be released as R-foiled instead of RRR-foiled for G-BT09. There is an error in the specifications previously announced. We apologise for this error and any confusion caused. 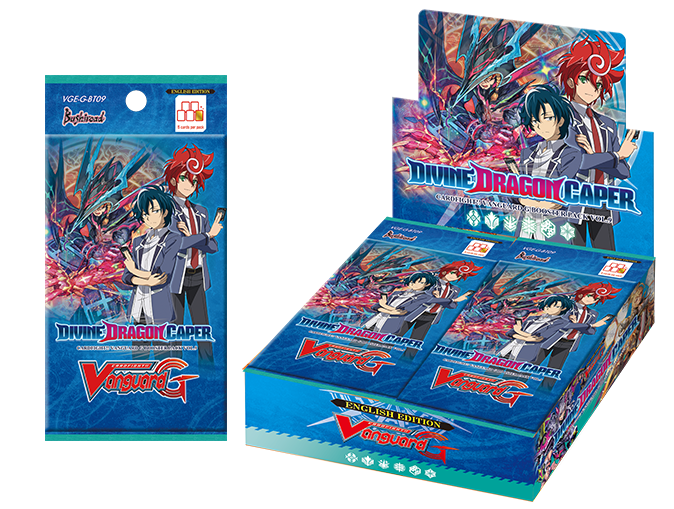 The exciting adventures of Team TRY3 continues in Cardfight!! Vanguard G NEXT!

Characters from the protagonist team and rival teams will be using new trump cards from [Divine Dragon Caper] too!

Cards that strengthen the [Ritual of Dragon Sorcery] Trial Deck are included as well!

Additionally, the popular SP Clan pack will feature once again in this product!

Also included are 5 special reissue cards powered up with all new artwork!

Are you worthy to dance with the dragons?

Many cards that can strengthen the [Ritual of Dragon Sorcery] Trial Deck are available in this booster!

Every carton of [Divine Dragon Caper] pre-ordered will come with exclusive playmats!!

Pre-order 4 displays by October 6 to receive that playmat upon release!

※ Applicable only to orders made before October 6th, 2016

There are 5 different Special Reissue cards! These popular units now have new illustrations!! Their powered up versions are also included in this release!!

5 SP cards will be inserted as a set in 1 pack!

The 4 clans featuring in this release are:

※ Contents will be different for each clan