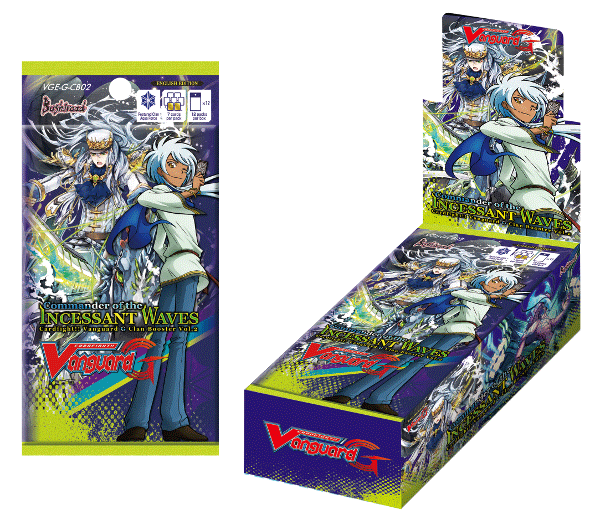 Command the stormy seas with the <<Aqua Force>> Clan Booster [Commander of the Incessant Waves]!!

This Clan Booster will feature Jaime’s trump card, along with other cards with the new “Wave” ability! Cards that power up older <<Aqua Force>> decks will also be included!

Battle alongside with your allies and conquer the seas as well as the battle!