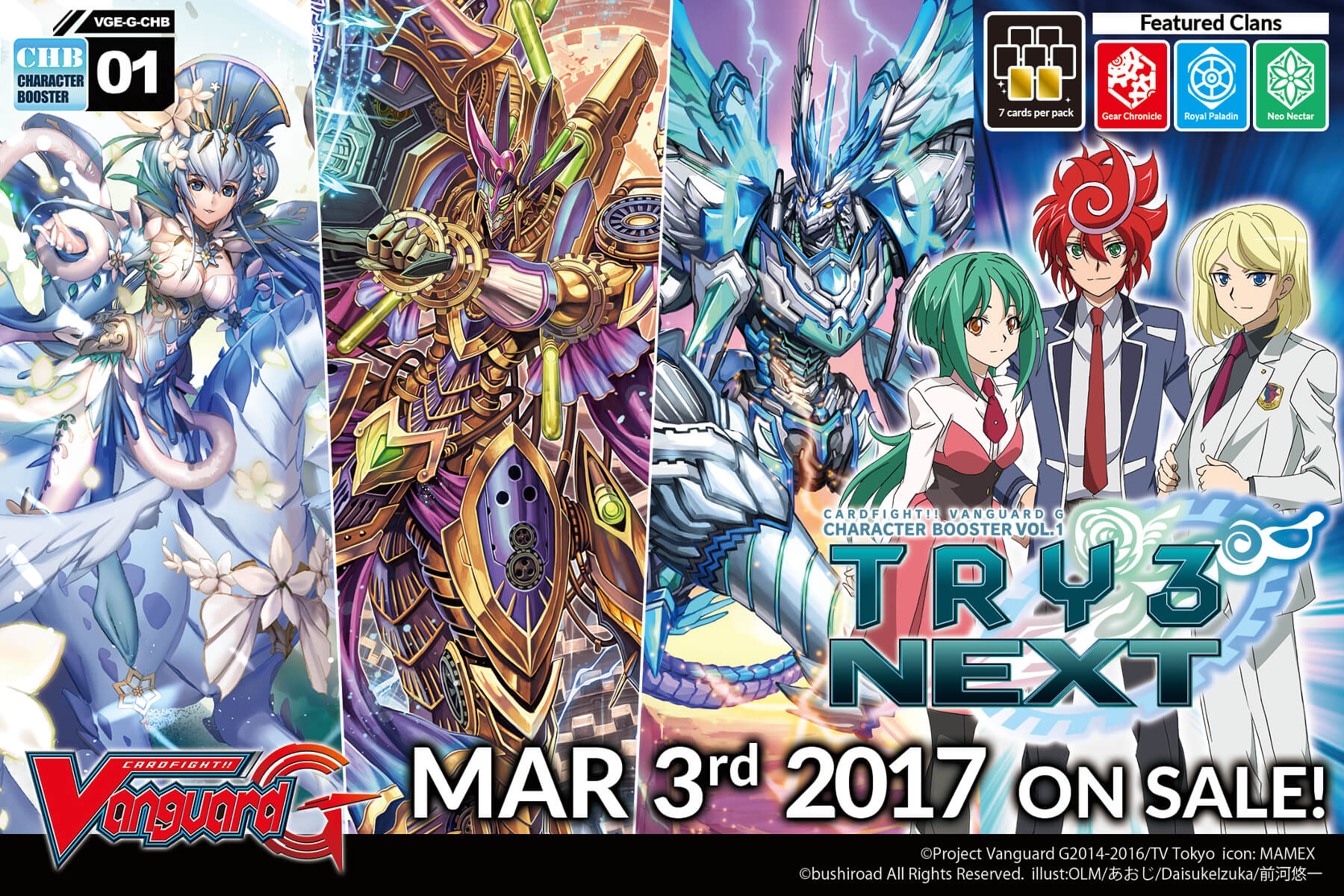 Trump cards of Chrono Shindou, the protagonist, and his rivals are introduced in this release!
Features many cards that can be used to strengthen «Royal Paladin» “Divine Knight of Heavenly Decree” and «Neo Nectar» “Flower Princess of Abundant Blooming” Trial Decks releasing on February 17th 2017.

Also included are 9 special reissue cards powered up with all new artwork and RRR foil!

9 types of Special Reissue!! Key cards for decks are reissued with new illustration and RRR treatment!!

Many cards that can strengthen the [Divine Knight of Heavenly Decree] and [Flower Princess of Abundant Blooming] Trial Decks are available in this booster!

Featuring “Altmile” and “Ahsha” with new ability and cards that power up “Chronojet”, “Alfred” and “Musketeer” deck!

For every display box, there will be 3 out of 9 random PR reissue cards included! (one of each clan featured)

There is a printing error on the booster pack packaging, under the “Special Reissue!” section. 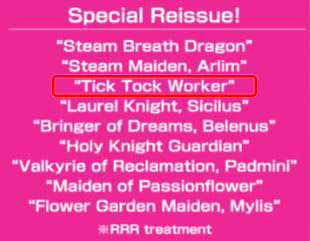 We apologize for the inconvenience caused. 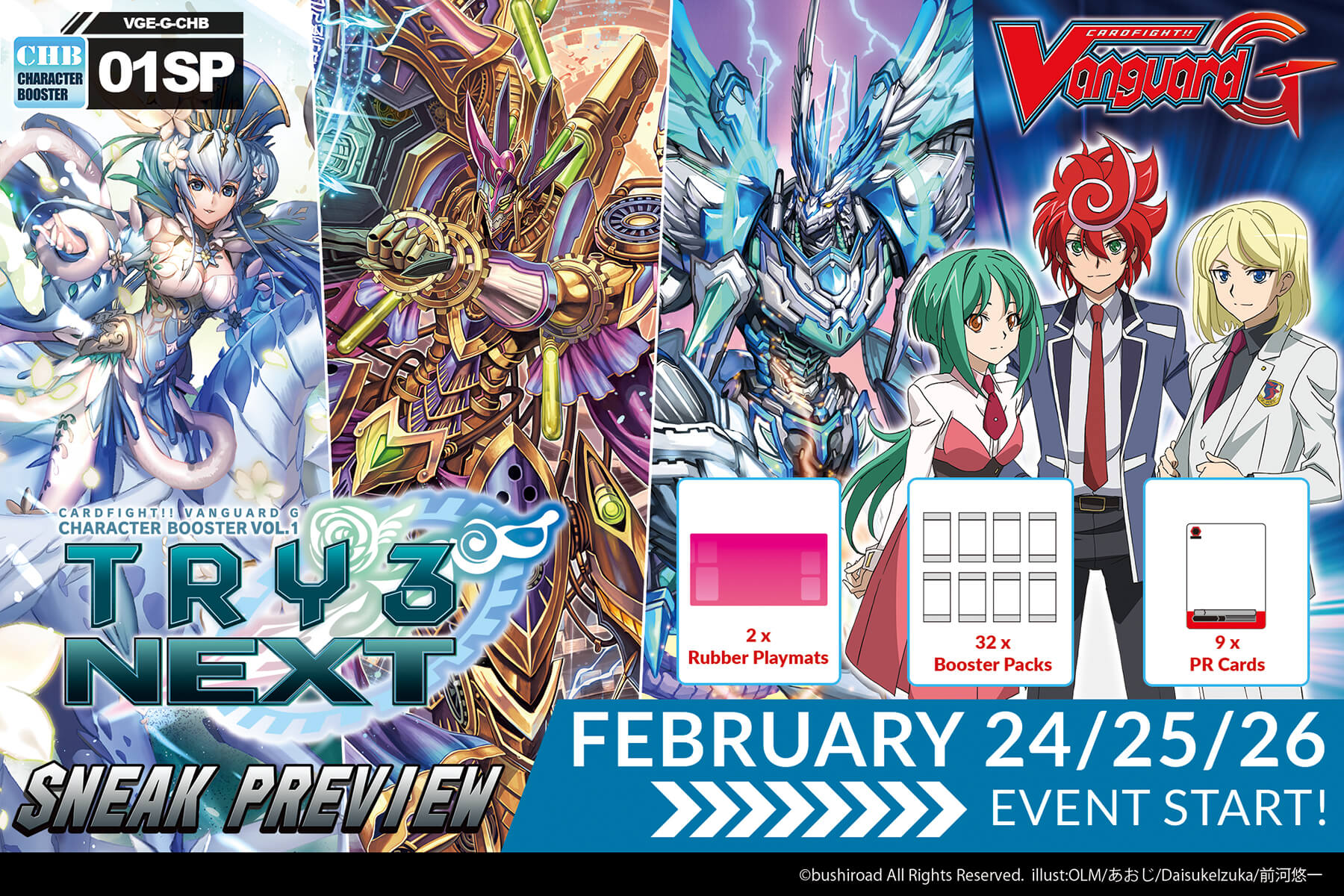