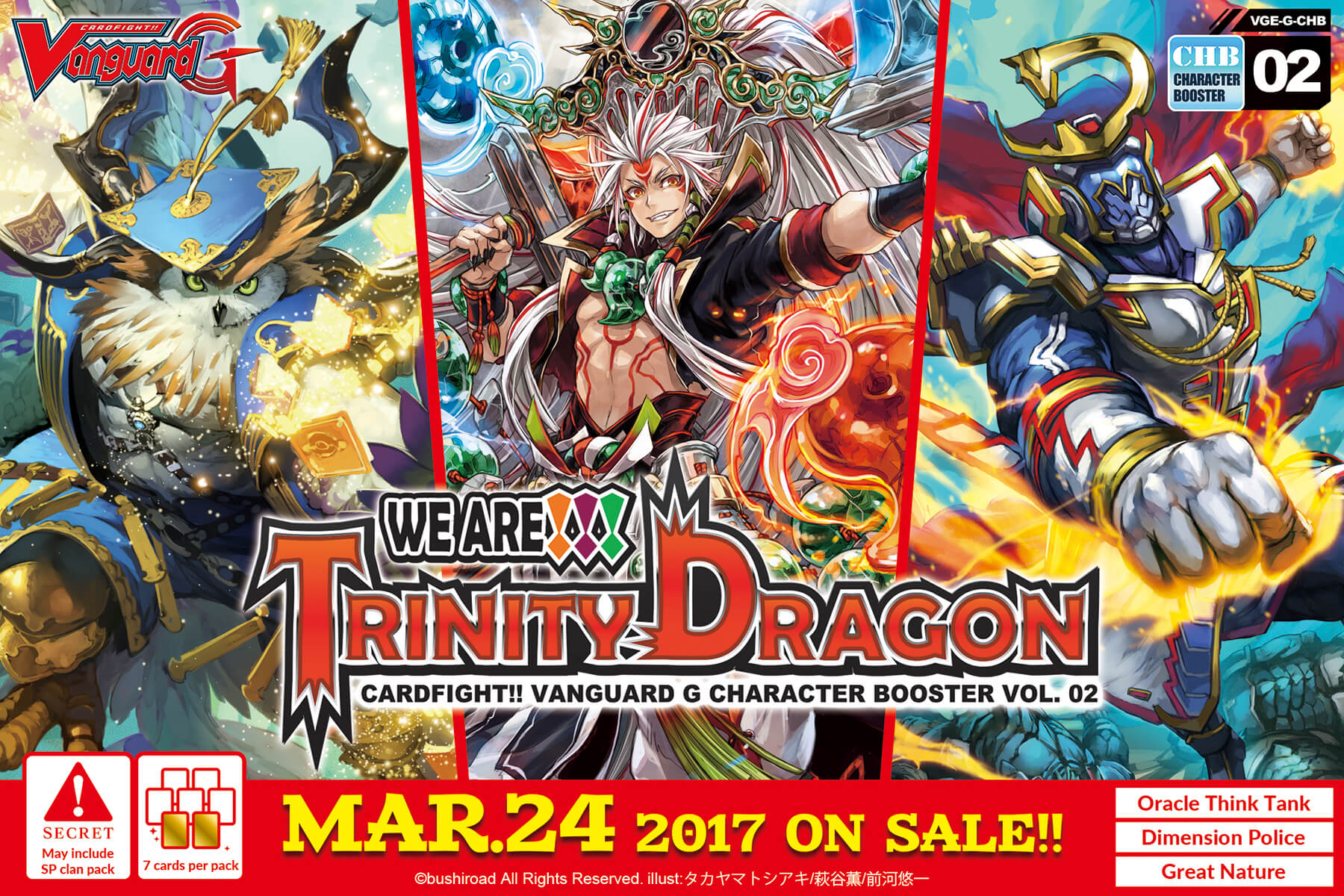 Have you been catching up on the latest episodes of Cardfight!! Vanguard G NEXT?

Following the release of TRY3 NEXT, this release features many cards from the clans used by a rival team, Trinity Dragon!!

The anime demonstrates the different ways cards featured in this release can be efficiently used.

Units that Power Up a variety of Deck Builds!!

There are 7 cards with SP treatment in each SP Clan Pack!

SP Clan Packs are available for the following 3 clans:

※ Contents will be different for each clan.

The 4 types of Special Reissue now feature new illustrations for these popular units!!

※ Number of types of Special Reissues may differ for future releases. 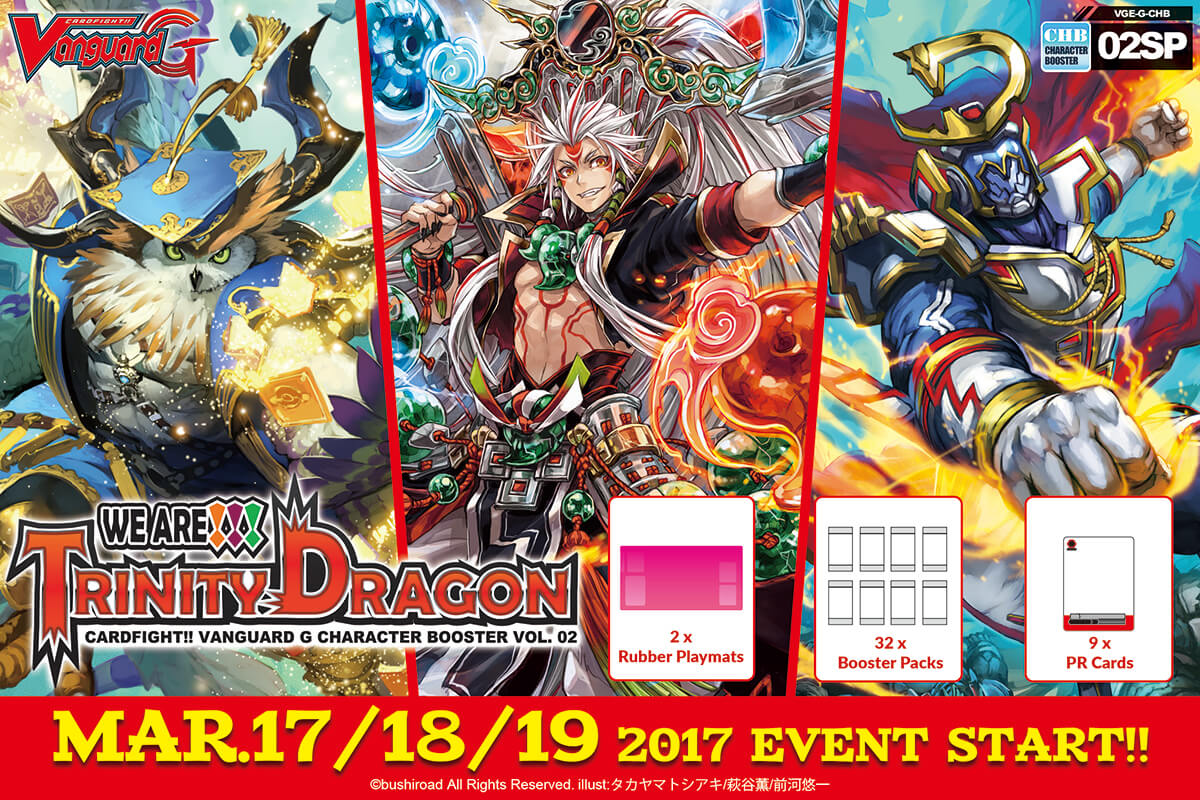