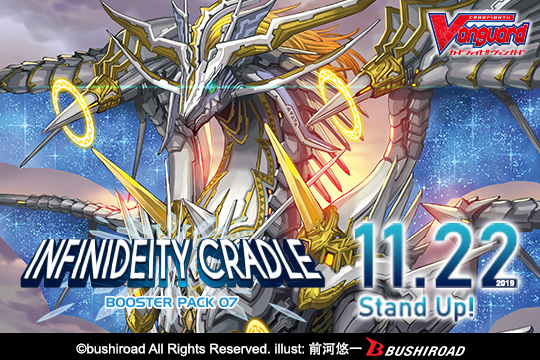 ※2 Pieces of pre-order bonus playmats will be included in every carton!

Introducing the sneak preview for Cardfight!! Vanguard Booster Pack Vol. 07: Infinideity Cradle! Be the first to get your hands on the upcoming VGE-V-BT07 cards a week before the actual release! 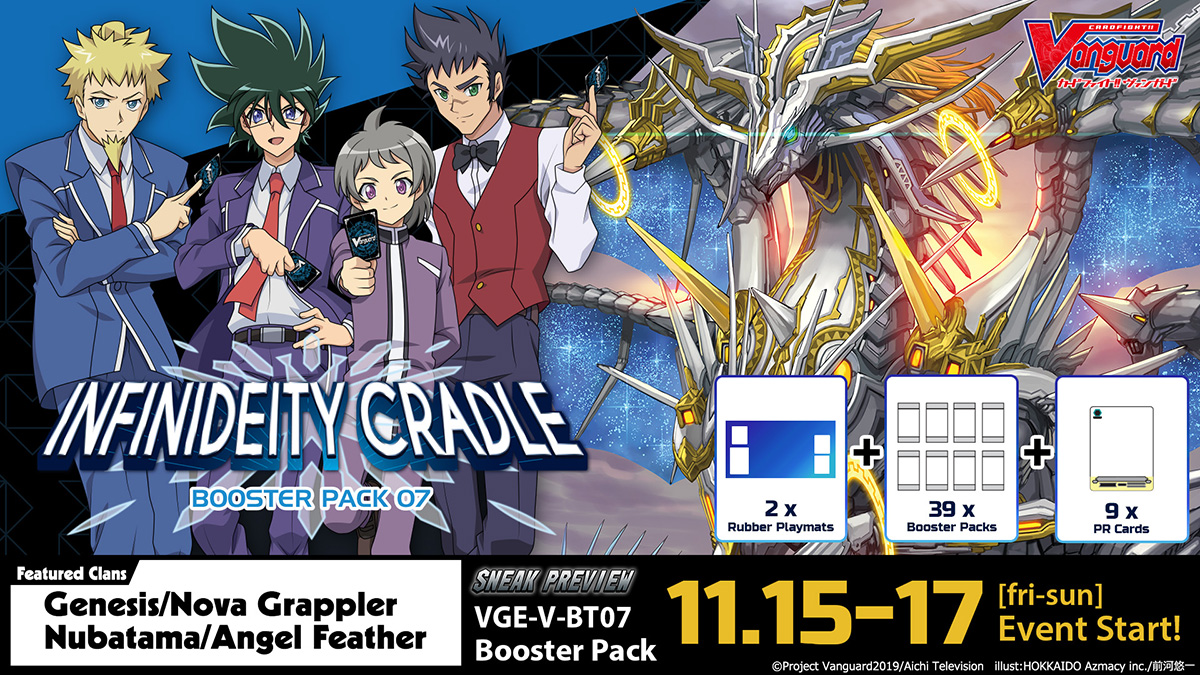 Check out for stores near you that are organizing the Sneak Preview Booster Draft Tournament on any one day between November 15 and 17! 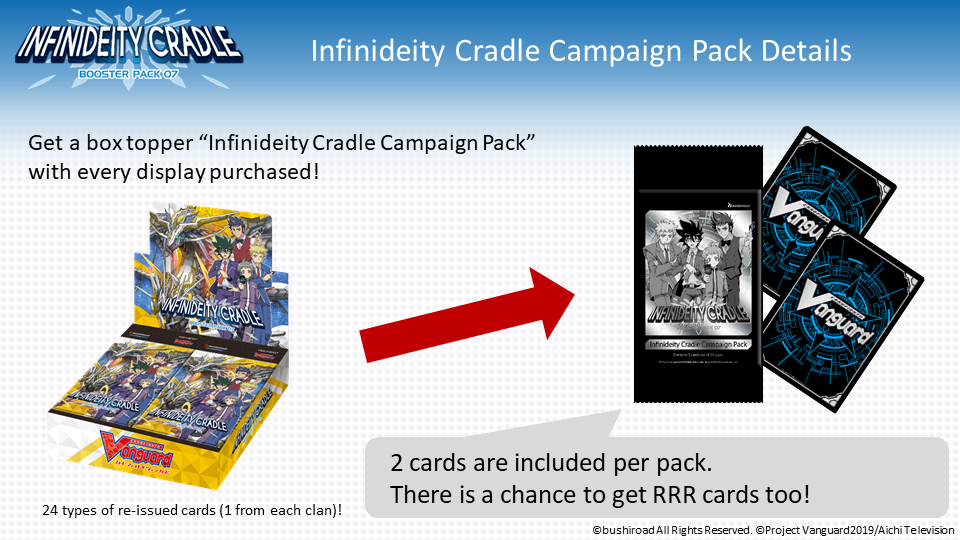 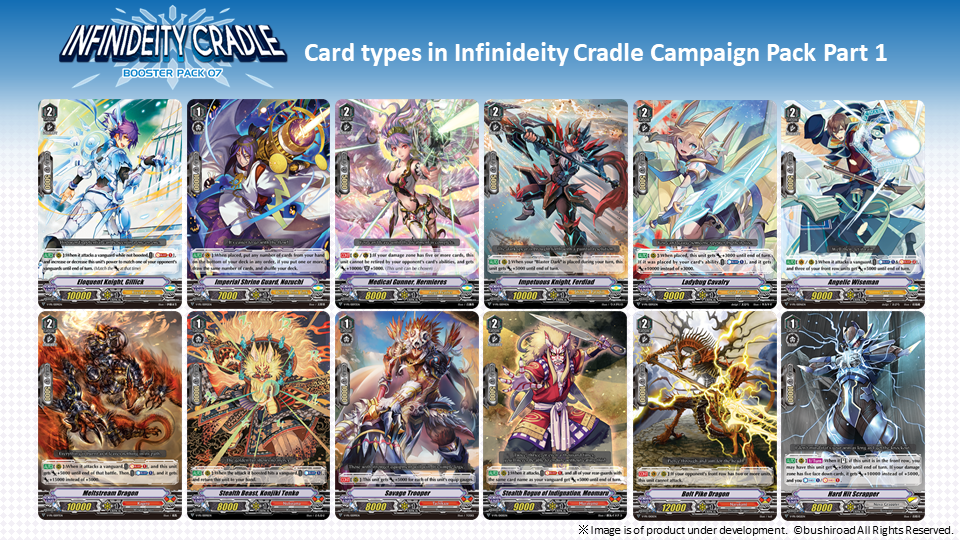 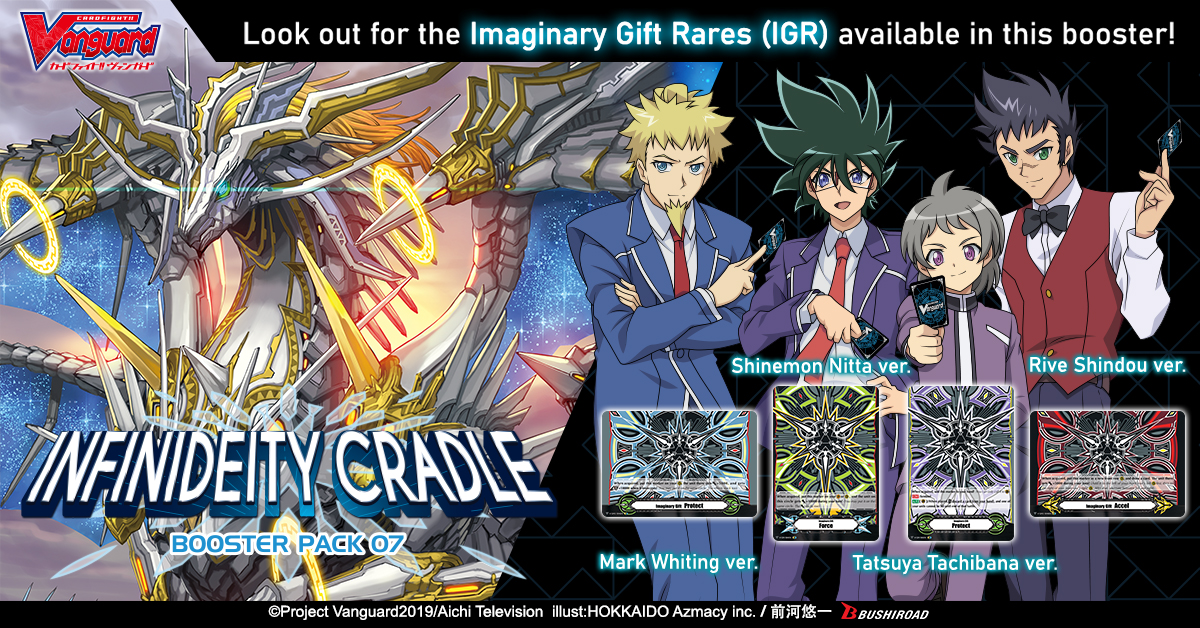