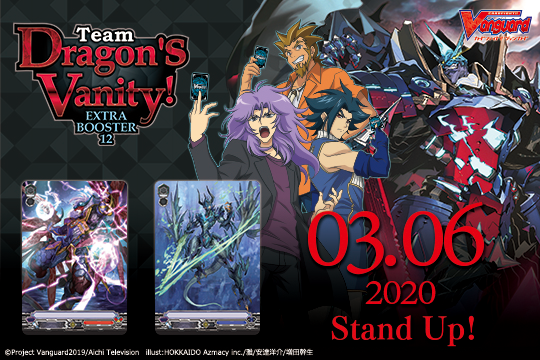 Featuring the cards used by "Ryutarou Oyama", "Ruga Kaizu", and "Yuichirou Kanzaki" from the previous G series, and also members of the new "Team Dragon's Vanity" from the new animation series!

"Dragonic Vanquisher", the trump card that "Ryutarou Oyama" uses, binds cards from both players' hands to make the battle even more exciting!
For 《Aqua Force》, the clan that "Ruga Kaizu" uses, a new way of fighting by decreasing and gaining abilities due to power adjustments is acquired! Also, featuring cards that support "Maelstrom"!
《Shadow Paladin》, the clan that "Yuichirou Kanzaki" uses, gets more ways to make use of grade 1 units! Show your strength with an all new style! Also, featuring cards that power up the "Blaster Dark" deck!

Introducing the sneak preview for Cardfight!! Vanguard Extra Booster 12: Team Dragon’s Vanity! Be the first to get your hands on the upcoming VGE-V-EB12 cards a week before the actual release! 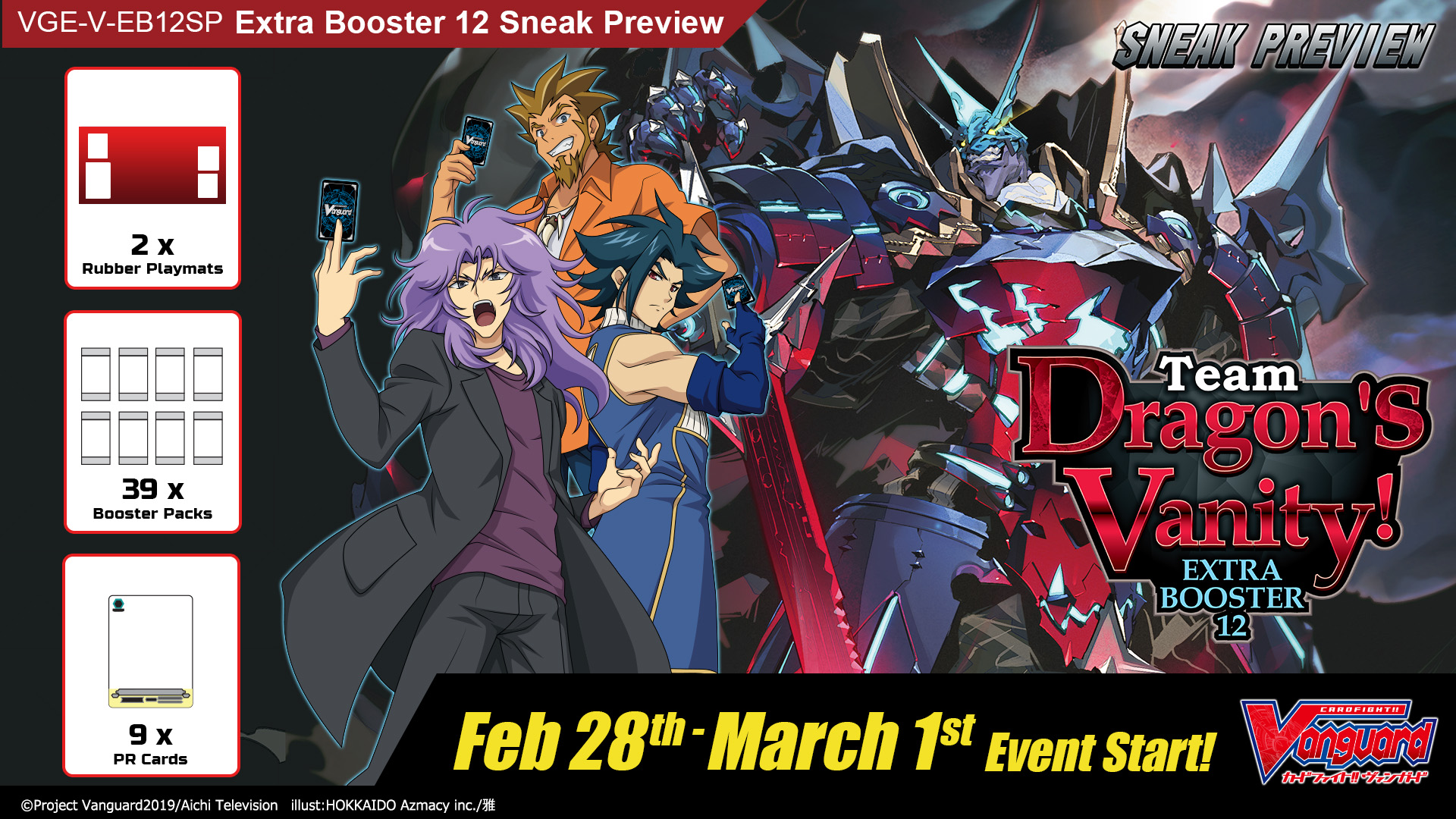 Check out for stores near you that are organizing the Sneak Preview Booster Draft Tournament on any one day between February 28 and March 1! 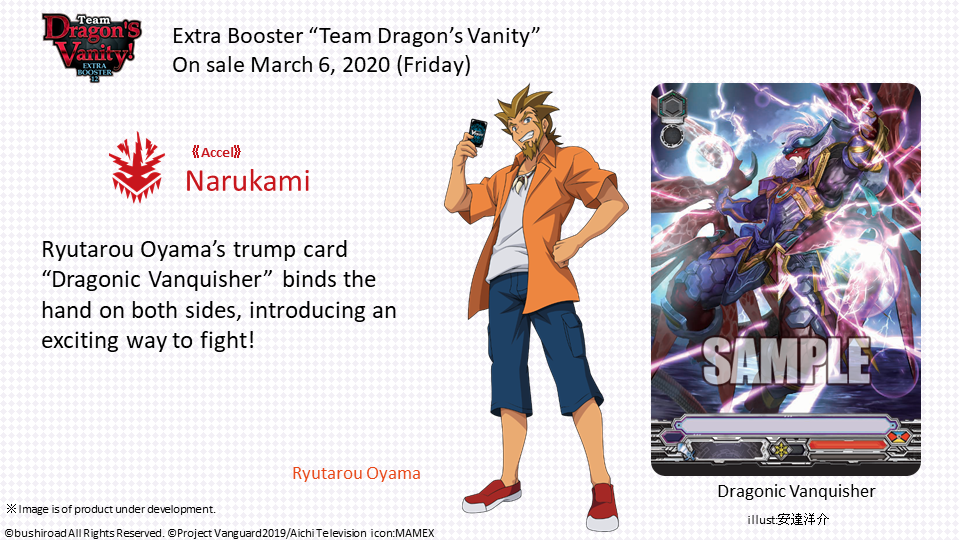 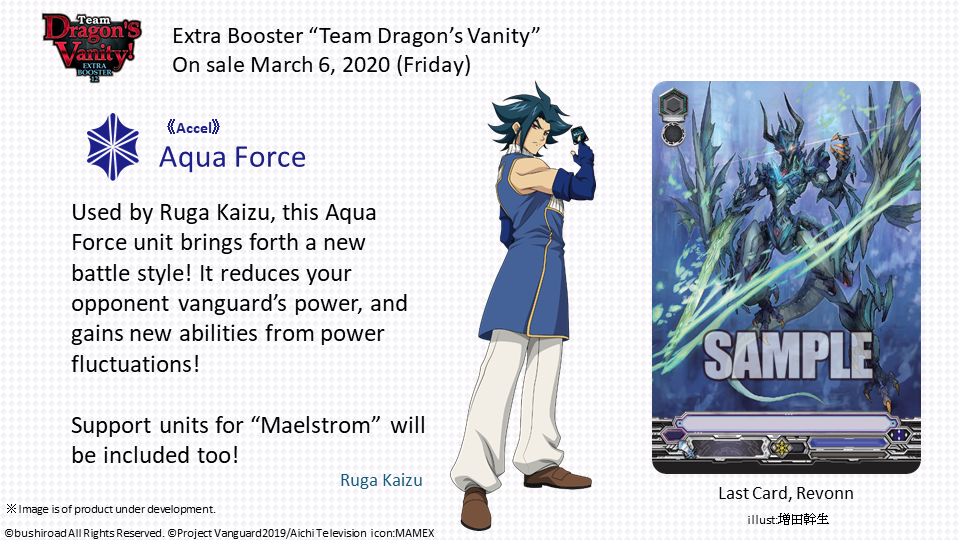 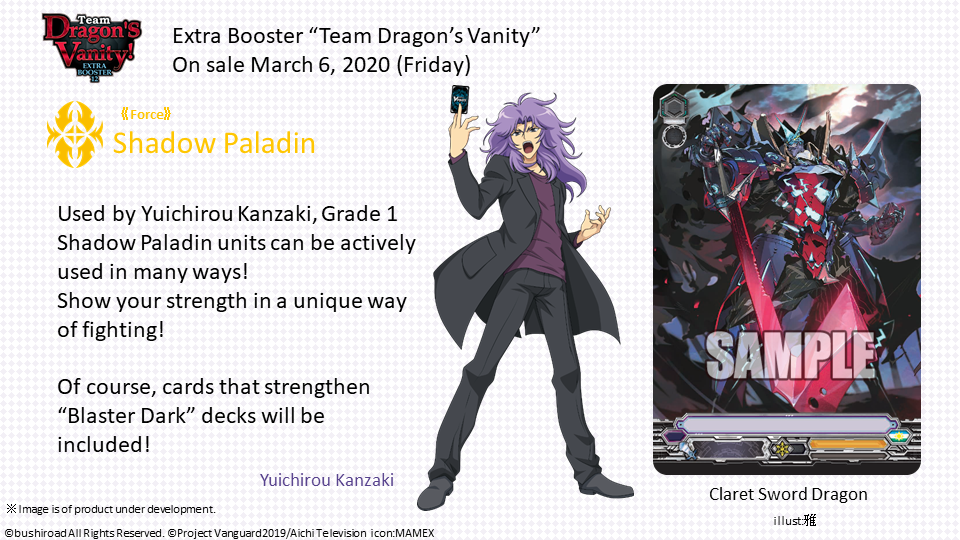