Featuring cards used by "Shinemon Nitta", "Tatsuya Tachibana", and "Ryuzu Myoujin" from the new animation series!
Strengthen the decks that make use of the new "Astral Plane" ability for 《Genesis》 from Booster Pack Vol.07 "Infinideity Cradle" and Trial Deck Vol.09 "Shinemon Nitta"! Build a deck that enhances the overall power of your "Astral Poet" units!

The 《Angel Feather》 that "Tatsuya Tachibana" uses utilizes the damage you have taken to unleash powerful effects, improving their use of the damage zone! Also, featuring cards that revolve around the use of Imaginary Gift: Protect II!
For 《Gear Chronicle》, there is a new gimmick that powers up by using more cards from hand, paving the way for a more aggressive play style! Also, featuring cards that bind and produce effects, providing further support for the current playstyle! The trump card of "Ryuzu Myoujin", "Chronofang Tiger", is included too!

Introducing the sneak preview for Cardfight!! Vanguard Extra Booster 13: The Astral Force! Be the first to get your hands on the upcoming VGE-V-EB13 cards a week before the actual release! 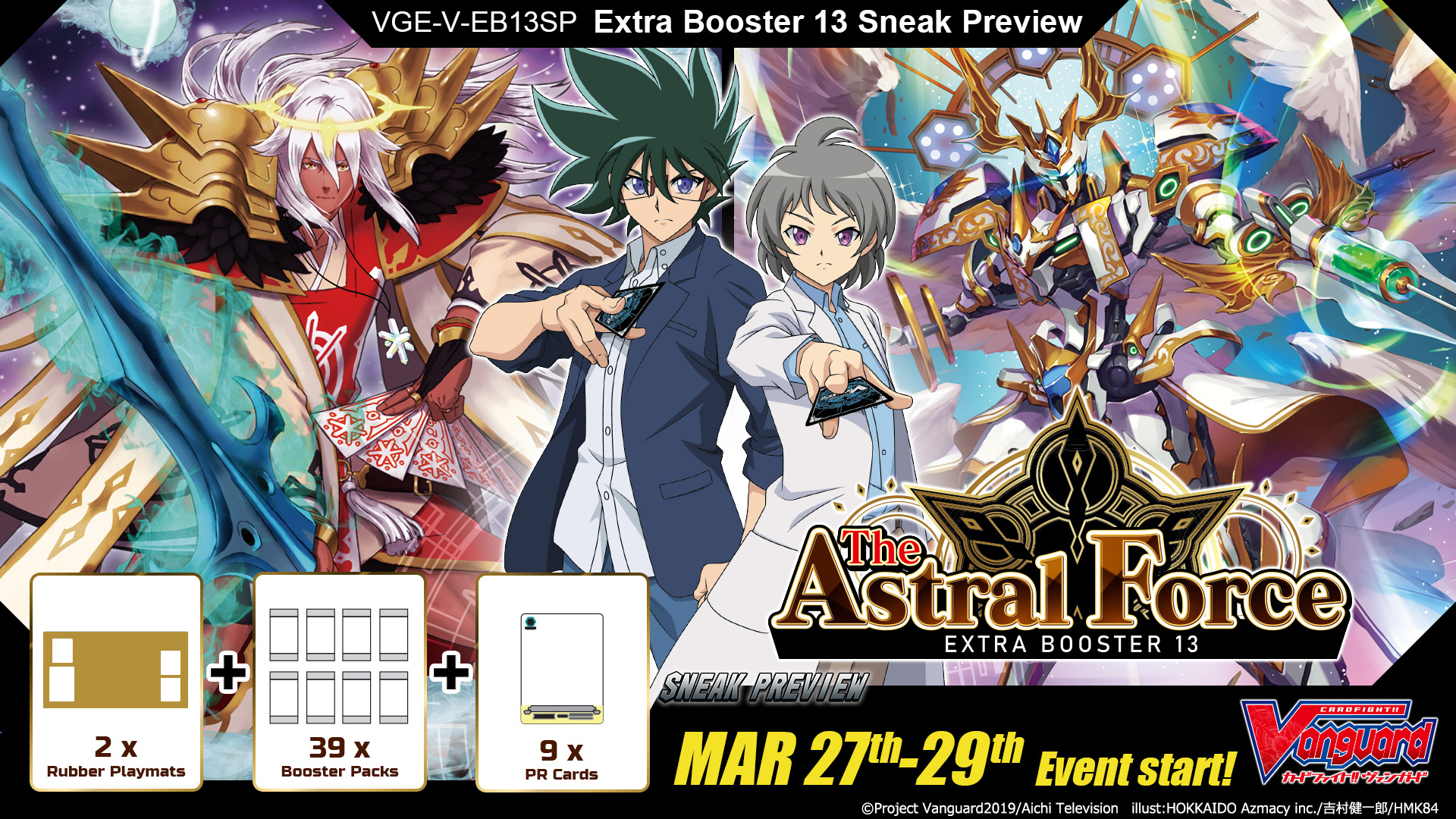 Check out for stores near you that are organizing the Sneak Preview Booster Draft Tournament on any one day between March 27 and 29! 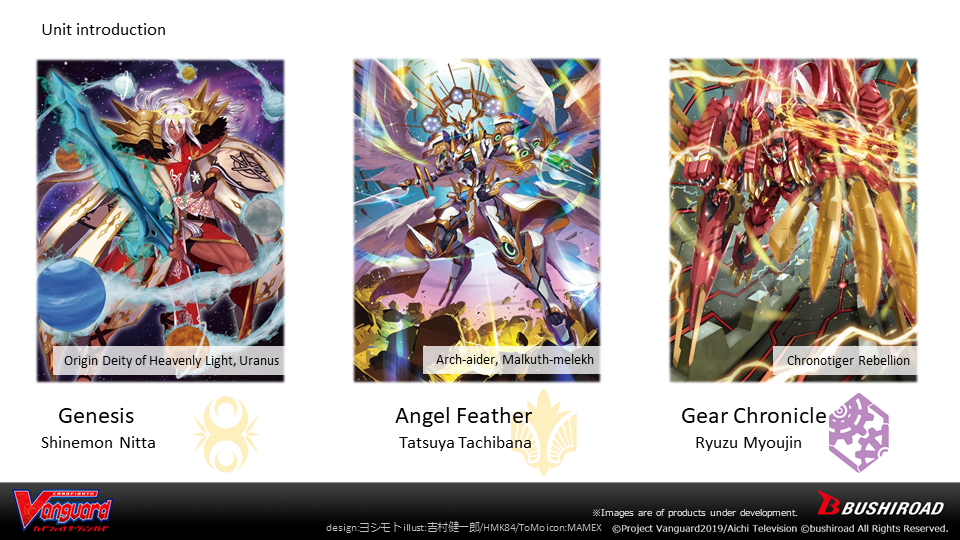