The Dark Storm that Foretells Ruin

An Aqua Force deck that battles with "Maelstrom" as the main shaft. Put pressure on your opponents with powerful vanguard attacks while attacking with rear-guards in waves! Even if the vanguard's attack is prevented, a vicious ability will be activated! 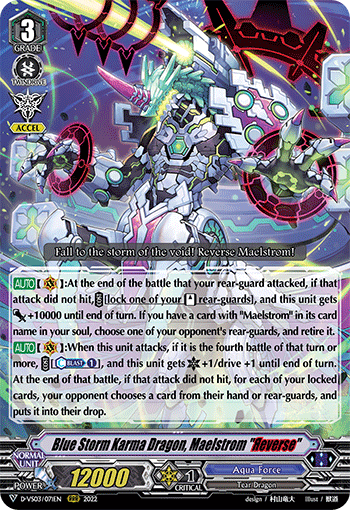 Blue Storm Karma Dragon, Maelstrom "Яeverse"
At the end of the battle that your rear-guard attacked, if that attack did not hit, lock one of your Stand rear-guards, and this unit gets +10000 Power! If you have a Maelstrom unit in soul, retire one of your opponent's rear-guards! When this unit attacks, if it is the fouth battle or more, it gets an additional critical and drive each! At the end of that battle, if that attack did not hit, your opponent is forced to put a card from hand or rear-guards to their drop for each of your locked cards! 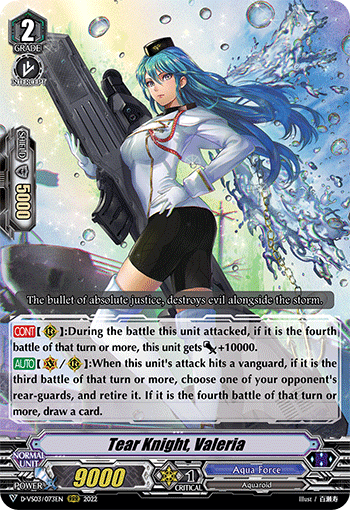