The Lord of Destruction Suited in the Armor of Dark Light

A Megacolony deck that takes its opponent's freedom away by paralyzing them. By preventing an opposing rear-guard from restanding with its ability, the number of rested rear-guards increases, and you can aim for a maximum of 5 drives with "Master Beetle"! 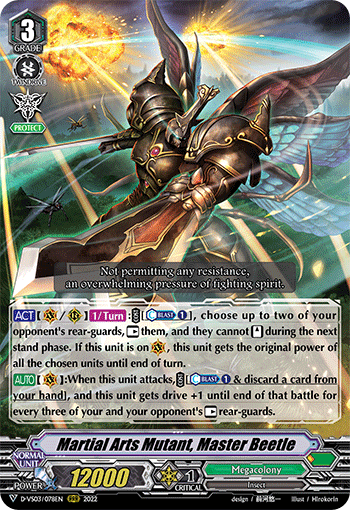 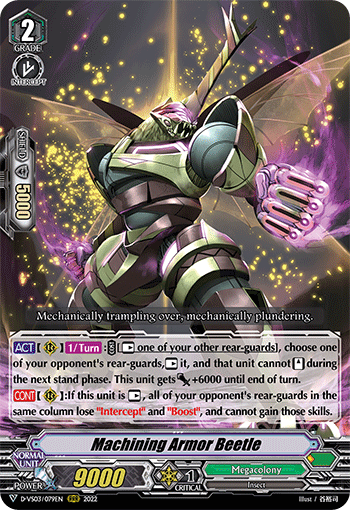 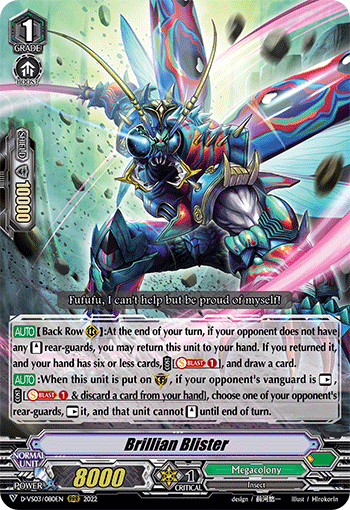