Learn of Mercy with this Bullet! 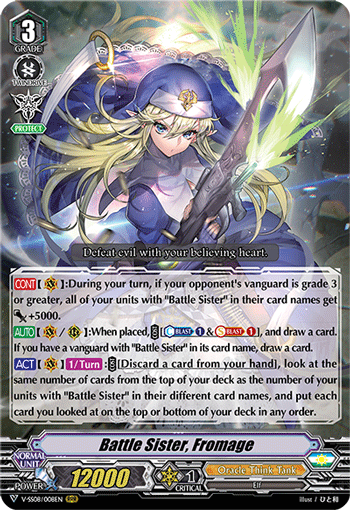 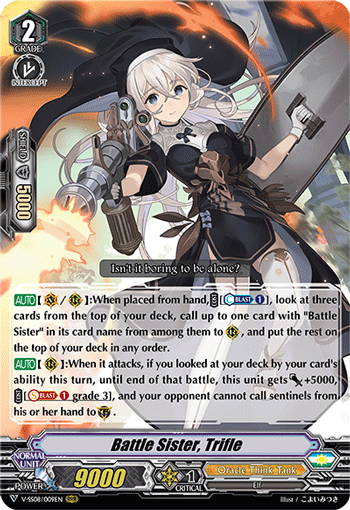 Battle Sister, Trifle
When placed from hand, look at three cards from the top of your deck, call one "Battle Sister" unit, and put the rest of the cards on your deck in any order! Also, when it attacks, if you have looked at your deck by your card's ability, this unit gets +5000 Power! Furthermore, by Soul-Blasting a grade 3, you can block your opponent's sentinels! It is attractive to be able to attack with high power while increasing the number of allies! 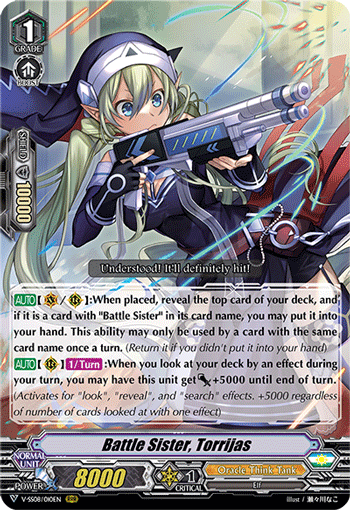