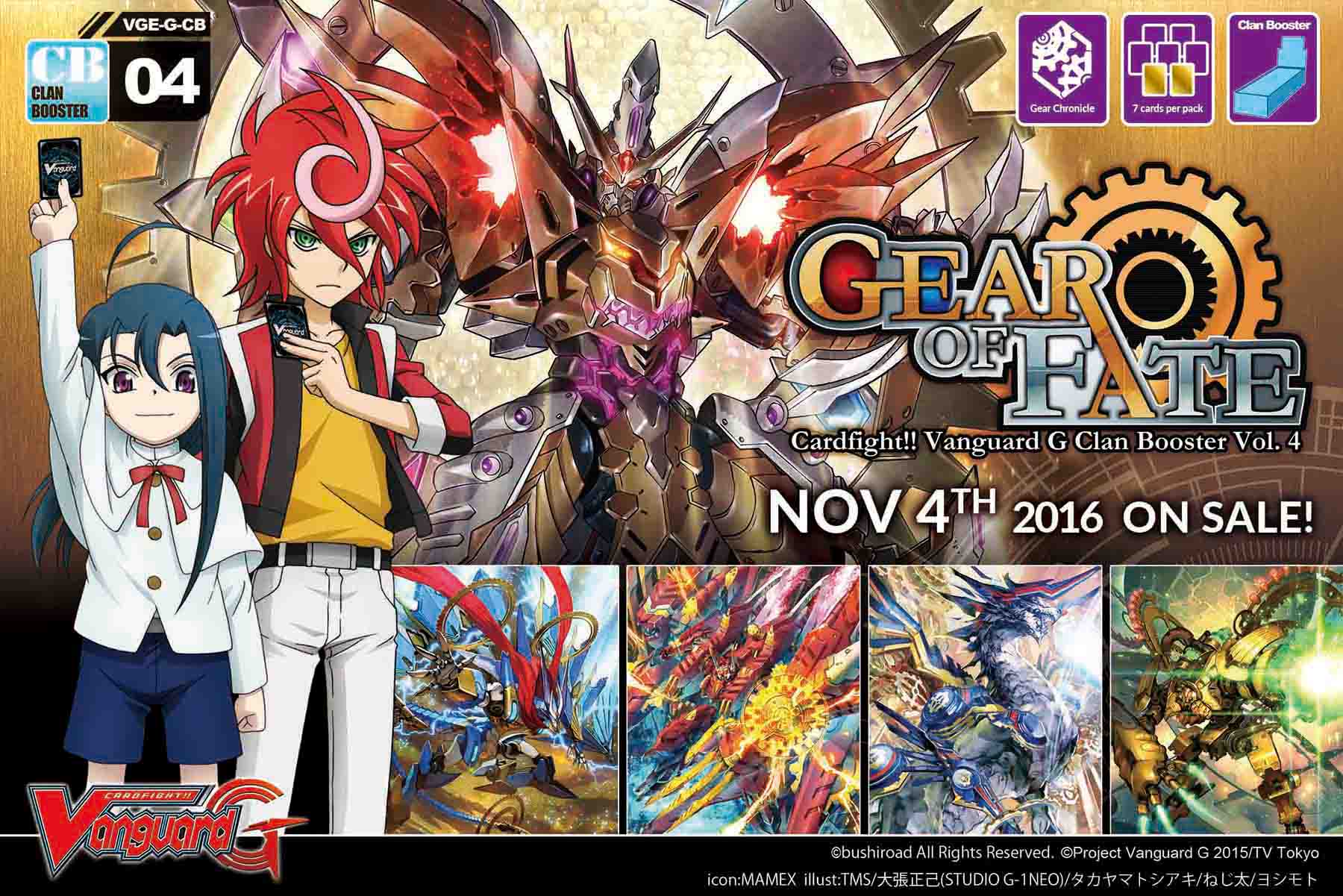 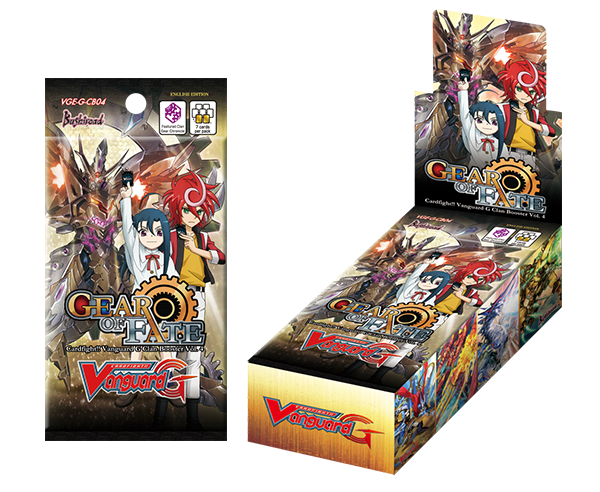 The VGE-G-CB04 [Gear of Fate] Clan Booster features the <<Gear Chronicle>> clan that is at the heart of the events that are unfolding in the Cardfight!! Vanguard G Stride Gate animation, and includes new trump cards for the final confrontation between our protagonist Chrono Shindou, and his nemesis Ryuzu Myoujin.

The popular SP Clan Packs will also feature in [Gear of Fate], with a version for both Chrono and Ryuzu. And there will be a special reissue of “Chronodragon Nextage” as well!! 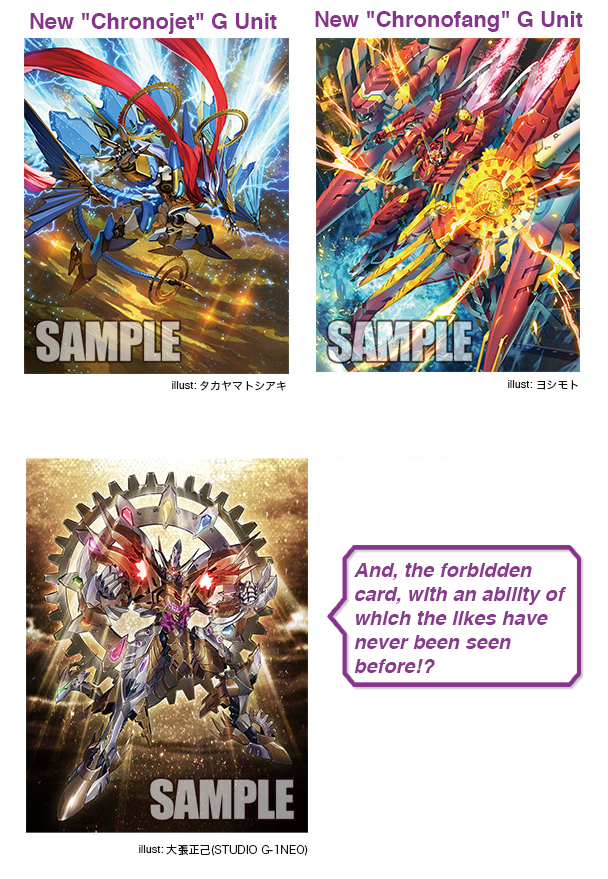 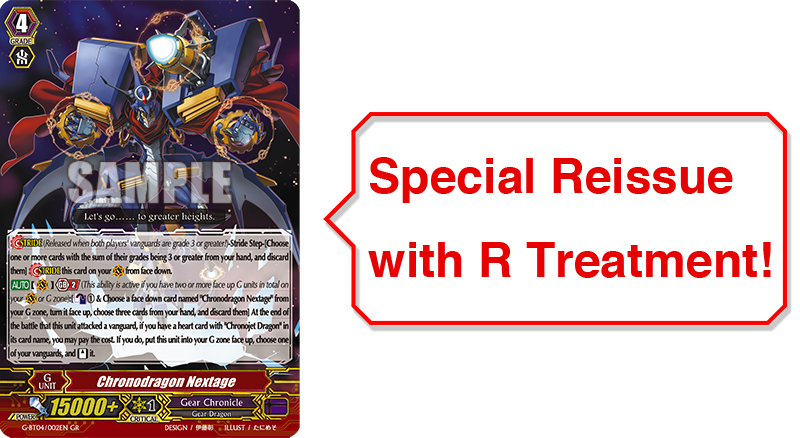 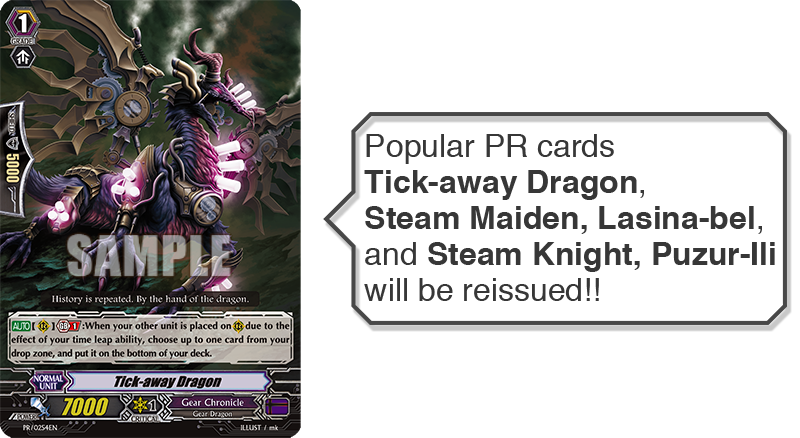 [Gear of Fate] will include the popular SP Clan Pack!!

7 SP cards will be inserted as a set in 1 pack! 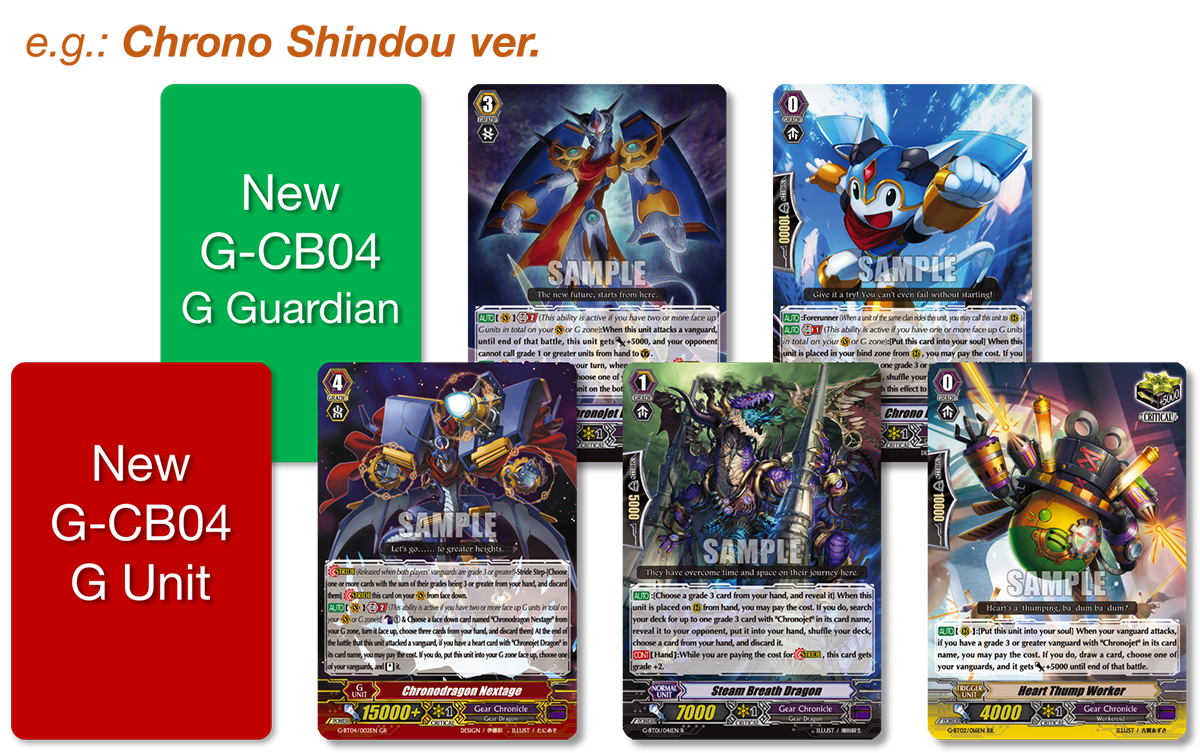