The new Cardfight!! Vanguard G Title Booster: Touken Ranbu –ONLINE- will be released on November 6, 2015, and along with it comes a whole slew of exciting new cards with new abilities!

As you may already know, this Title Booster features the Touken Danshi of the popular online game, Touken Ranbu –ONLINE- by DMMgames and Nitroplus. In the game, the player takes the role of a Saniwa who has travelled back in time to prevent history from being altered by evil forces. As a Saniwa, the player can give life to inanimate objects – including swords and other weapons. The player must then amass an army of these swords to achieve their goal!

The Title Booster contains 12 packs per display, and each pack will have 7 cards. Of these 7, one card will definitely be an R, and another will be an R or above card! There are 42 different cards to collect, featuring the 42 initial Touken Danshi.

This expansion introduces two unique abilities to Cardfight!! Vanguard’s repertoire – Homare, and Shinken Hissatsu. These are terms that can be found in the original game, and represent two different mechanics of the game.

Homare is a special badge in the game that is awarded to one of the Touken Danshi after a battle to honor him for his performance. Homare in Cardfight!! Vanguard denotes a powerful ability that sometimes has a lower cost compared to other similar abilities. Just like in the game, only one Homare can be used per turn, so plan carefully!

Hotarumaru is one such card with Homare. Hotarumaru can put himself to Stand after battle if his attack hits by putting one Hotarumaru in your G-zone from face-down to face-up and 5 rear-guards on your field from Stand to Rest (hi Commander Laurel, I’m looking at you). It does also get Drive -2, but it has no Counterblast or Soulblast costs, and the player doesn’t need to discard any cards from their hand, like most other units with similar abilities.

Another card with Homare is Heshikiri Hasebe. His Homare activates while he is a rear-guard, and allows him to not only put himself to Stand, but also allows him to attack the back row! Combined with cards like Mikazuchi Munechika or Iwatooshi, you can actually control your opponent’s field quite effectively by repeatedly retiring his or her key rear-guards.

An example of such a card is Ichigo Hitofuri. When you use his ability, he gains +4000 power for each card with “Toushirou” in its card name on your field! Players who enjoy the youthful designs of the Toushirou swords will definitely want to use Ichigo Hitofuri as one of their main vanguards.

Apart from gaining abilities through Shinken Hissatsu, there are also cards that interact with the Shinken Hissatsu ability. Uguisumaru and Taroutachi are examples of such cards.

Similarly, Taroutachi gives all front-row rear-guards with the Shinken Hissatsu ability +3000 power! Taroutachi also gains bonus power when you have Jiroutachi as a heart card.

While Homare can find its place in almost every deck, Shinken Hissatsu can actually have an entire deck build dedicated to it! Here’s a look at the deck that I’ve come up with.

Unfortunately for me, my favorite sword Shokudaikiri Mitsutada doesn’t get a Grade 3 or Grade 4 card 🙁 but he’s in here as a Critical Trigger, so I’ve included him anyway! Which is your favorite sword?

BWC2015: What’re the Most Popular Clans?

We are almost at the end of the Bushiroad World Championship (BWC2015) regional qualifiers. There are only a few qualifier locations left, and soon we will be advancing to the Continental Championships!

If you’re following us on Facebook, I believe you have seen our results posts after every World Championship event. Yes, we can feel the sparks of excitement whenever one of these posts go up!

Let’s have a look at what are the most popular clans for each region:

Pretty much similar right? Link Joker is actually also really popular in North America and Asia-Oceania. Not to mention, Bermuda Triangle and Aqua Force have plenty of representatives across all regions as well.

However, the most popular clans do not necessarily indicate a higher chance of winning. If you follow our updates on the winners’ deck recipes, you may find quite a number of interesting winning deck recipes that utilize a wide variety of clans. What matters more is your deck building technique, your skills, and undeniably, whether lady luck is smiling at you that day. Therefore, follow your heart, choose your favorite clan, and master it.

Before I end off for today, let me give you a preview of the trophies. The Top 3 winners of the Continental Championships and World Finals will be able to receive them! Ah~ I want one too (╥﹏╥) 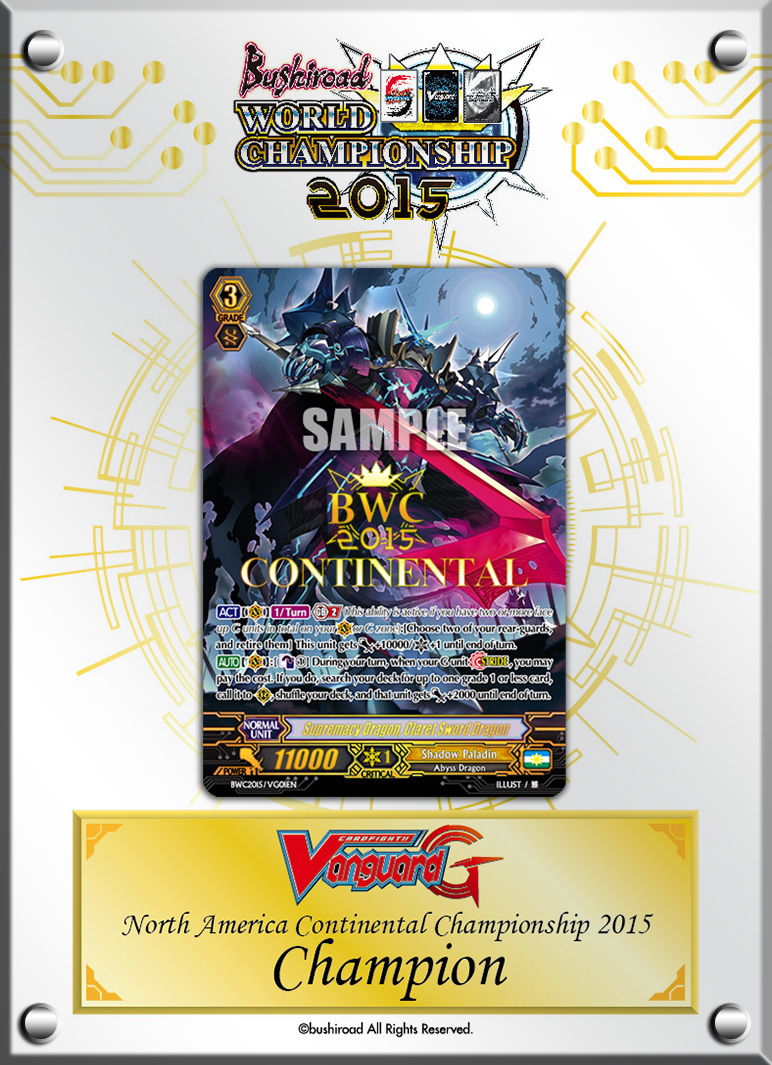 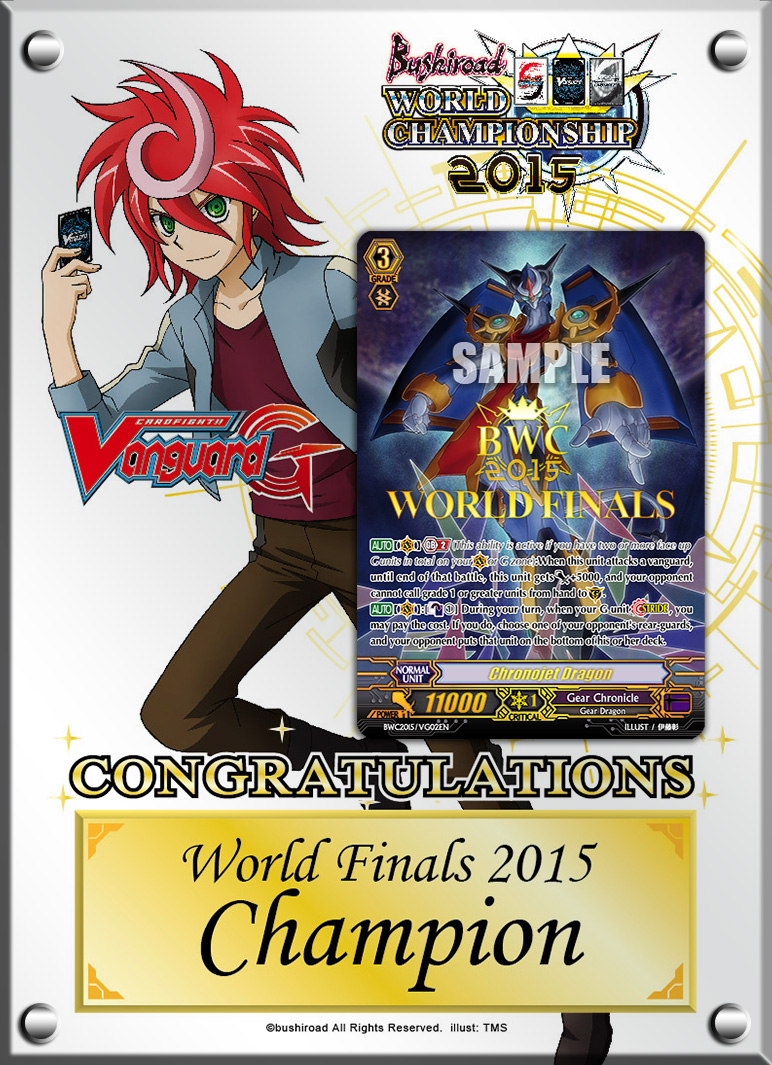 There is a panel on the reverse side of the trophy. You can open it and slot a card inside. The card could be one of the commemorative cards you will receive at the Continental Championships and World Finals; or you may also choose to slot in your favorite card! 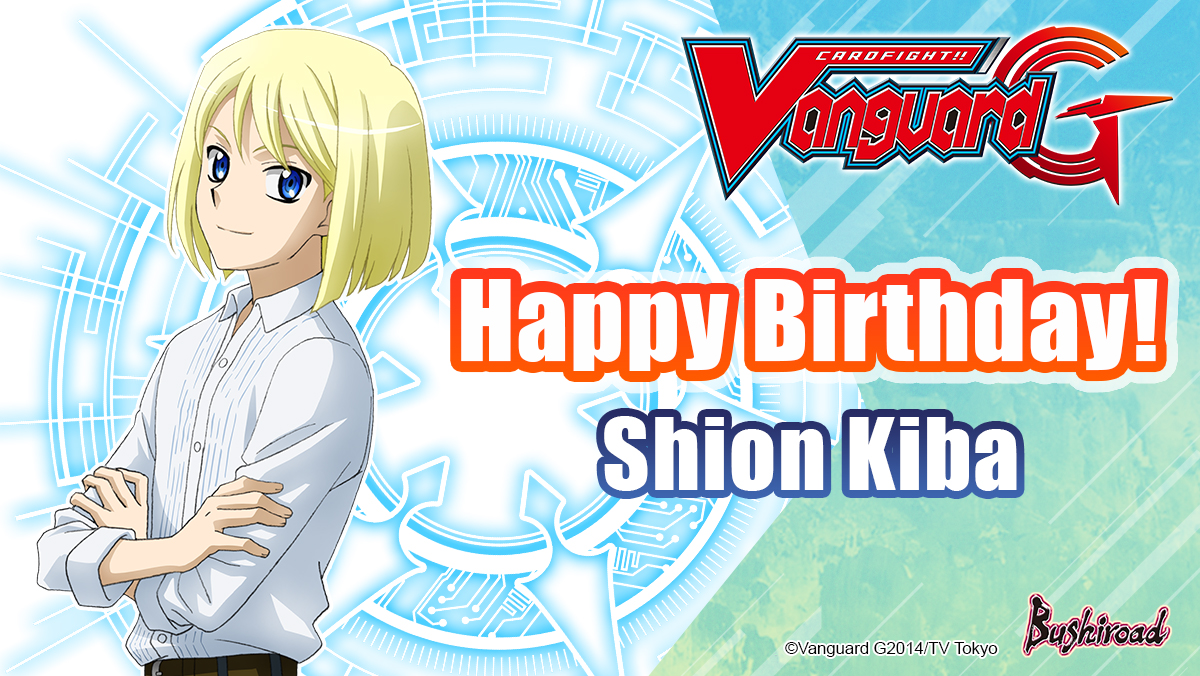 Last but not least, This Sunday (October 25) is Shion’s birthday! We’re going to make a birthday cake for Shion (〃＾▽＾〃)