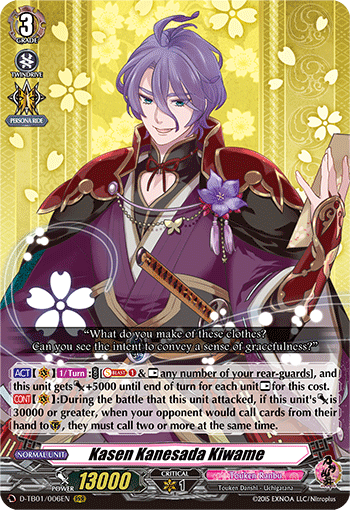 Kasen Kanesada Kiwame
This grade 3 unit is the trump card of this deck! You can increase this unit's Power by 5000 for every ally you rested, and if its Power is 30000 or greater, it gains the ability to prevent your opponent from guarding with only one card! Take down your opponent with a single blow with a powerful attack that is difficult to overcome! 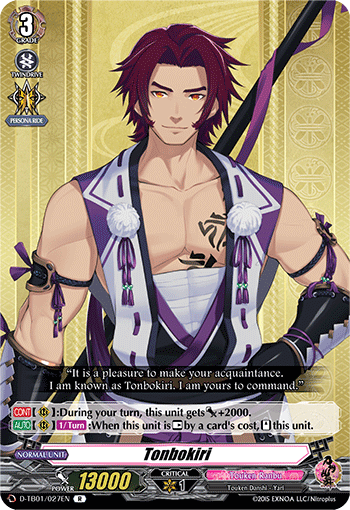 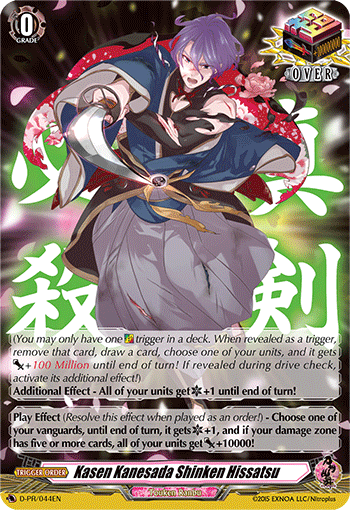 Kasen Kanesada Shinken Hissatsu
An Over Trigger that gives you the chance to turn the battle to your favor! When in a pinch, play it from your hand to get even more out of it! Available as a box topper of Title Booster 01 “Touken Ranbu -ONLINE-.