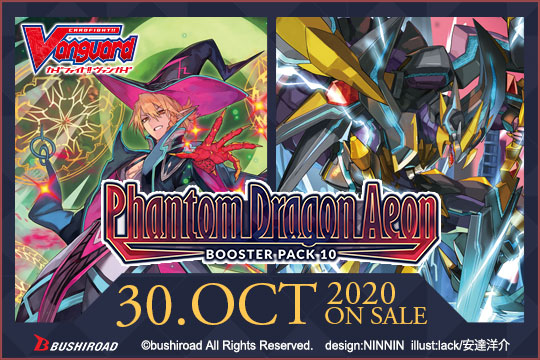 ・SP Clan Packs are included due to popular demand!
Featuring units that synergise with the 5 types of VRs in the same pack as SPs!

・Featuring a special treatment rarity known as "ASR - Another Secret Rare"!
"Phantom Blaster Overlord" will be randomly included with this special treatment and its original illust!!
Keep a lookout for more details to be revealed!

※Each display box of VGE-V-BT10 will come with a bonus clan die! (While stocks last!) 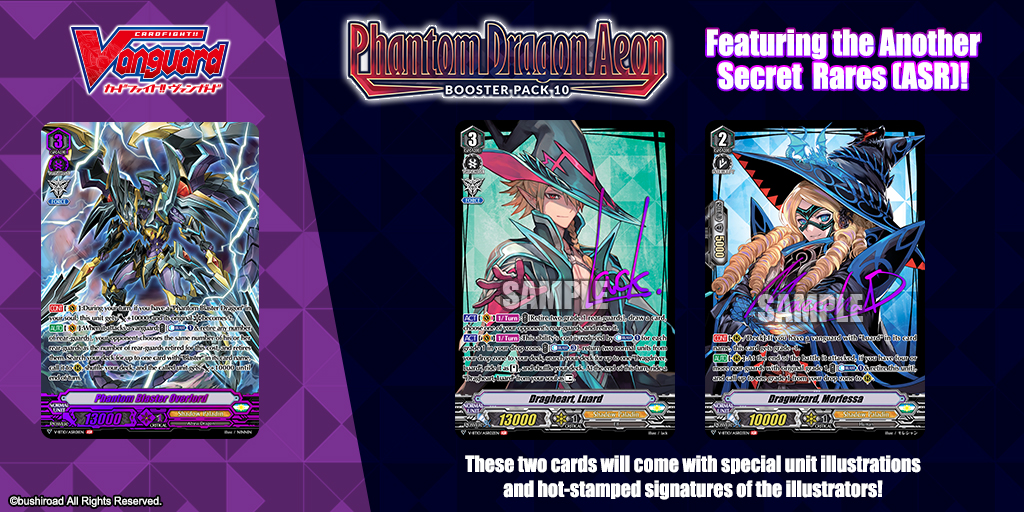 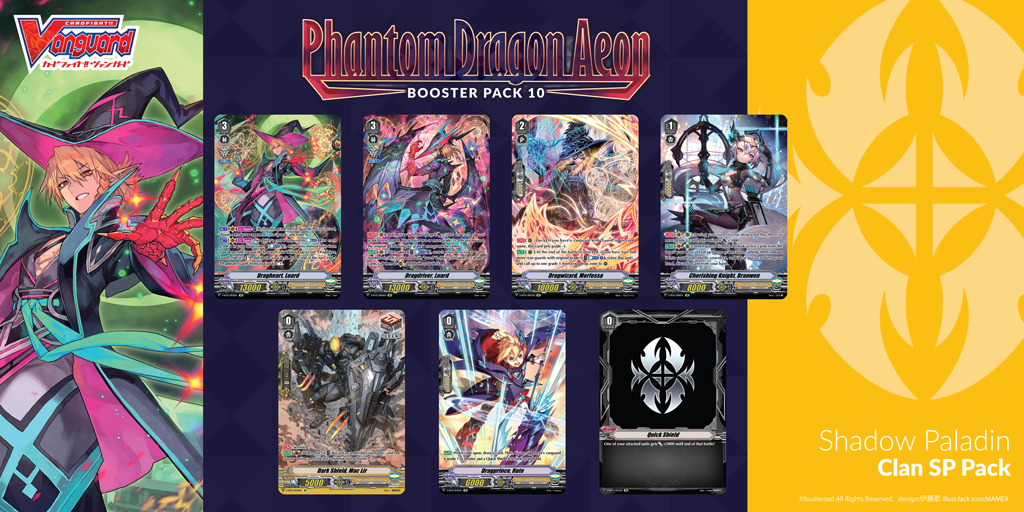 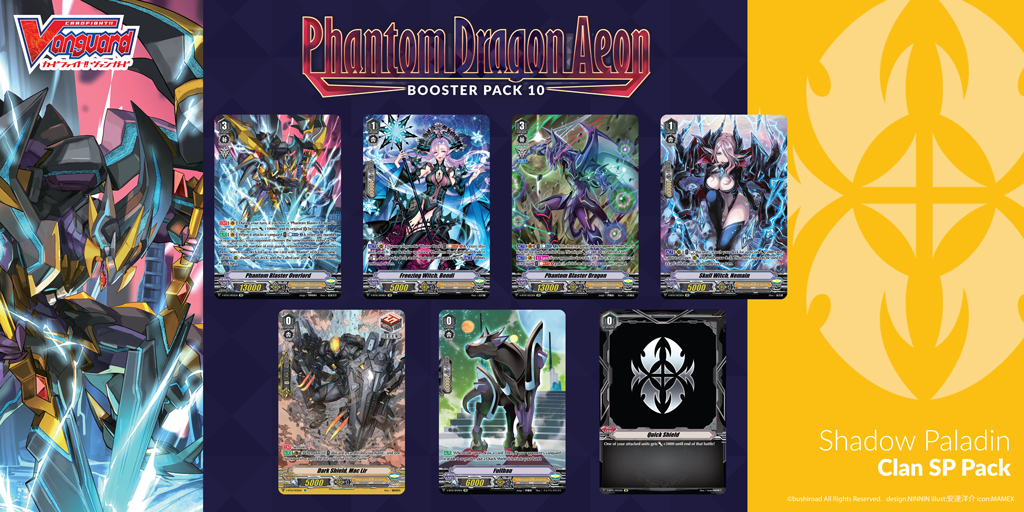 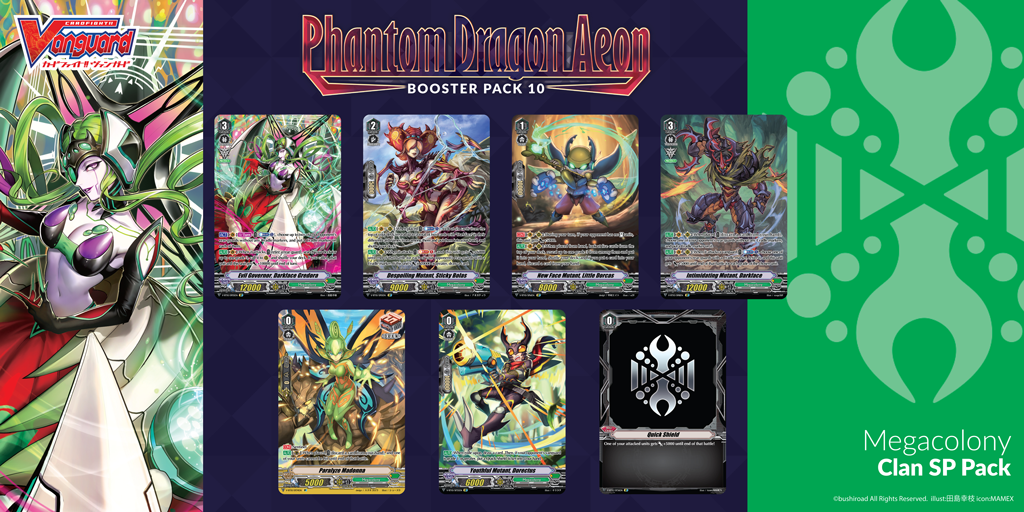 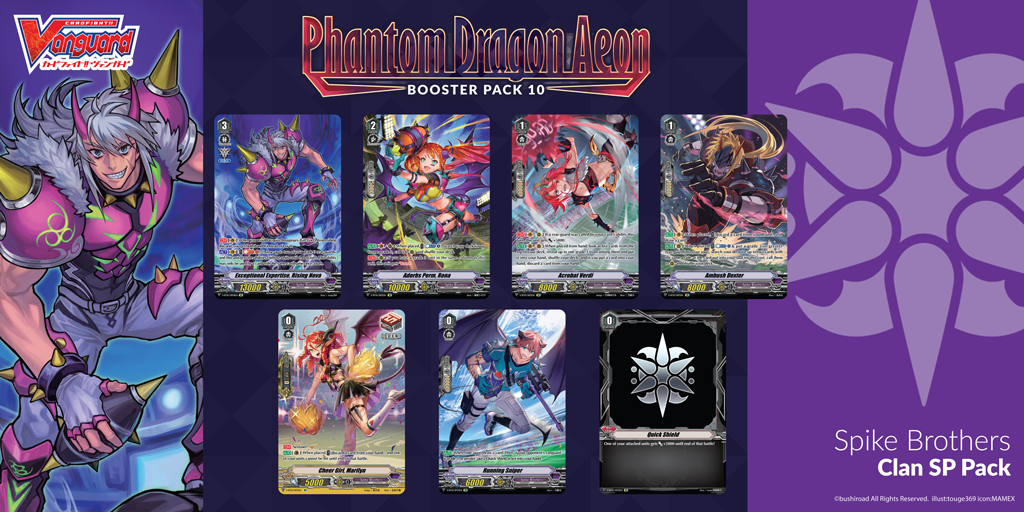 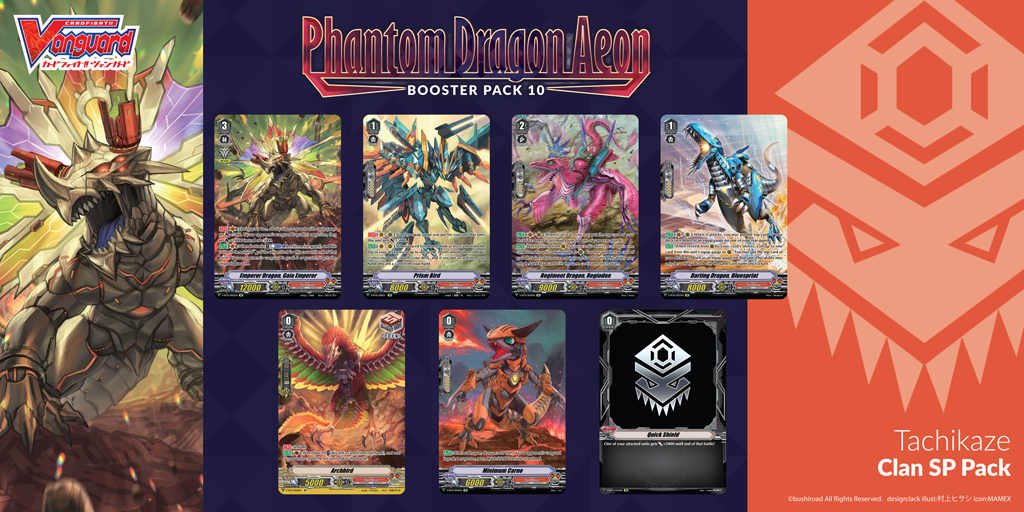 Introducing the sneak preview for Cardfight!! Vanguard Booster Pack Vol. 10: Phantom Dragon Aeon! Be the first to get your hands on the upcoming VGE-V-BT10 cards a week before the actual release! 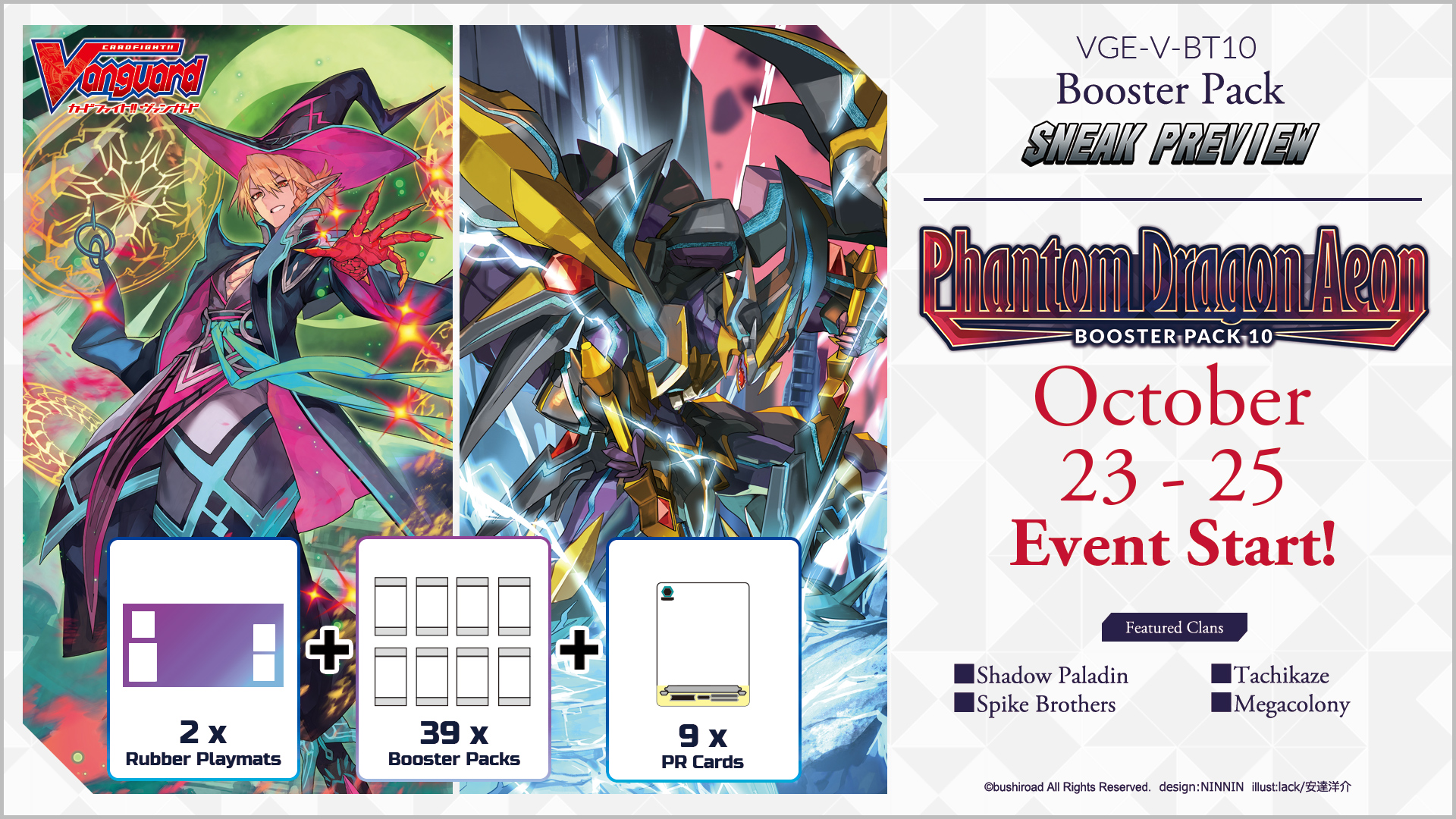 Check out for stores near you that are organizing the Sneak Preview Booster Draft Tournament on any one day between October 23 and 25!