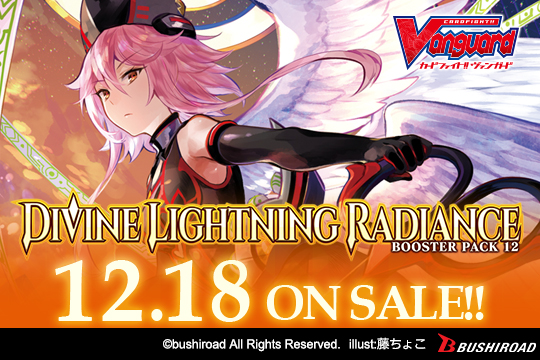 ・Popular units from the past, like "Holy Seraph, Nociel" and "Eradicator, Dragonic Descendant", make a return!

・New strategies for each clan!
The super-aggressive Angel Feather gets more ways to make use of the damage zone!
Shinemon's deck gets an all new Astral Poet that completely changes the playstyle!
Don't miss the new strategies of Gurguit and the evolved form of Vanquisher too!

・The Special Reissue rarity from "Phantom Dragon Aeon" and "Storm of the Blue Cavalry" will be included, and "Mighty Bolt Dragoon" is confirmed too!

・The special treatment rarity, known as "ASR - Another Secret Rare", continues in this product too! "Eradicator, Dragonic Descendant" and "Giant Deity of Distant World, Valkerion" will be randomly included; do keep a lookout for them!

※Each display box of VGE-V-BT12 will come with a bonus clan dice! (While stocks last!) 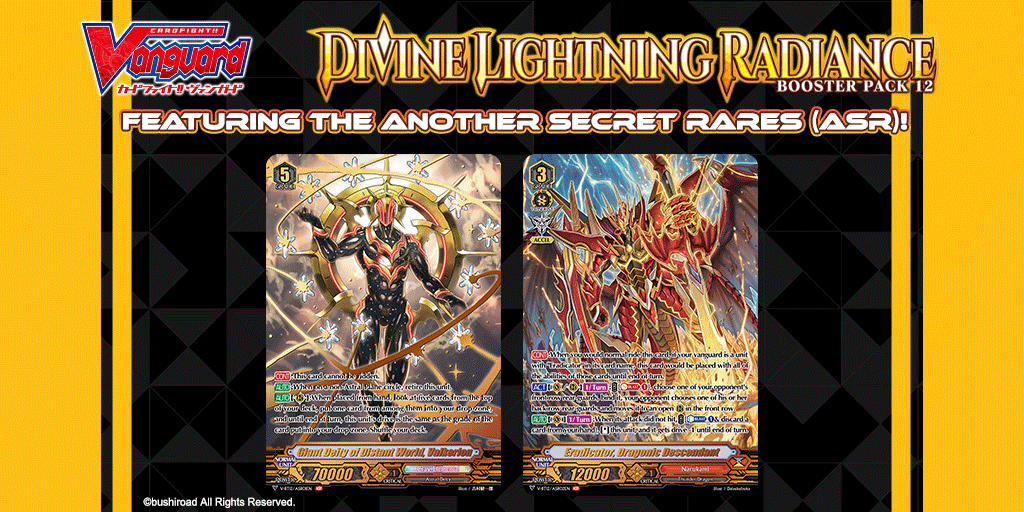 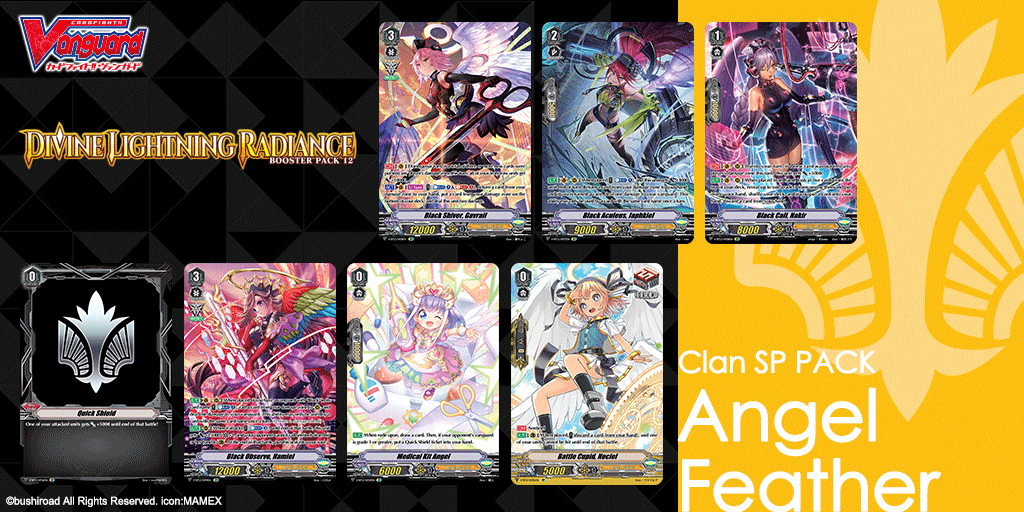 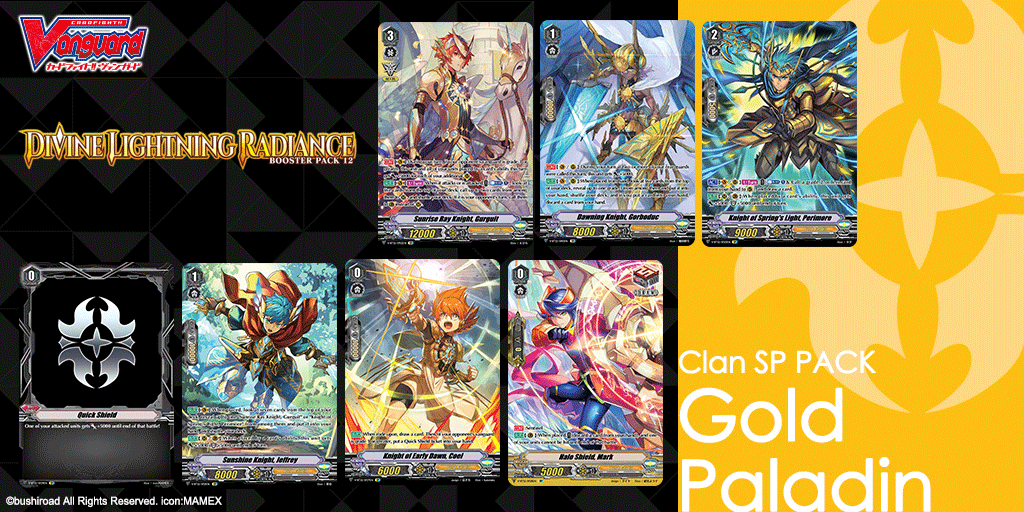 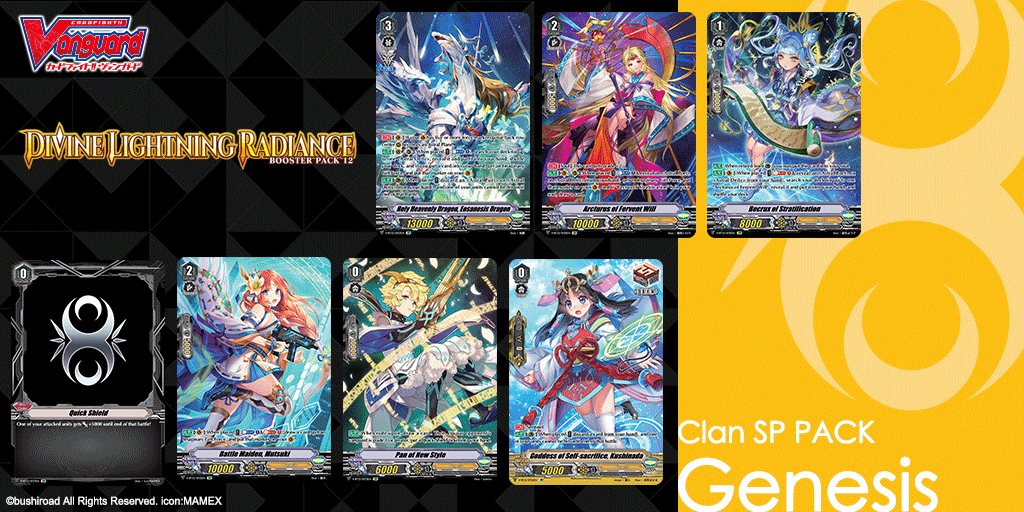 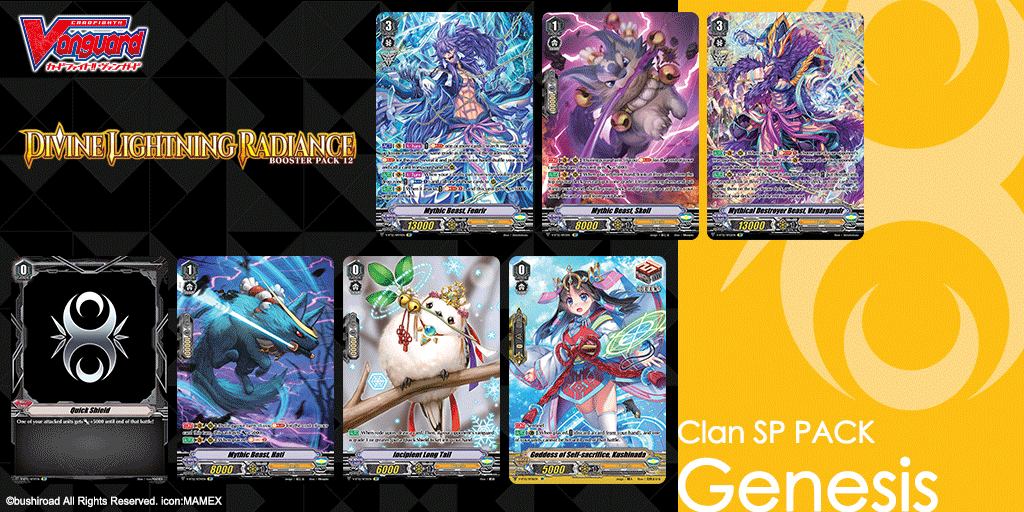 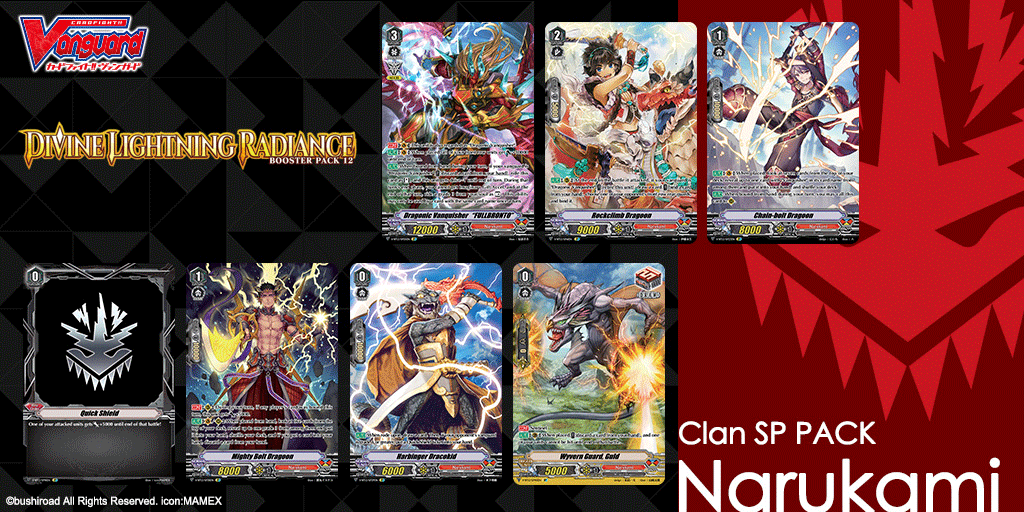 Introducing the sneak preview for Cardfight!! Vanguard Booster Pack Vol. 12: Divine Lightning Radiance! Be the first to get your hands on the upcoming VGE-V-BT12 cards a week before the actual release! 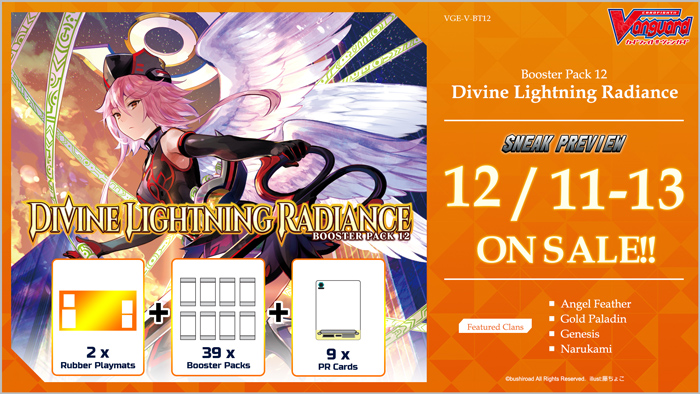 Check out for stores near you that are organizing the Sneak Preview Booster Draft Tournament on any one day between December 11 and 13!