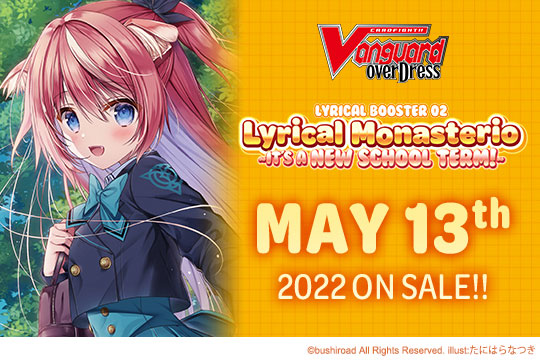 The academic city of Lyrical Monasterio
where the idols reside enters a New School Term!

2 new idols take the stage, bringing more color to the world of Lyrical Monasterio!
Also, featuring triggers with effects that will be essential for your decks!

What to expect
Two new Ride Lines!
You can construct new decks based around these units from this product! 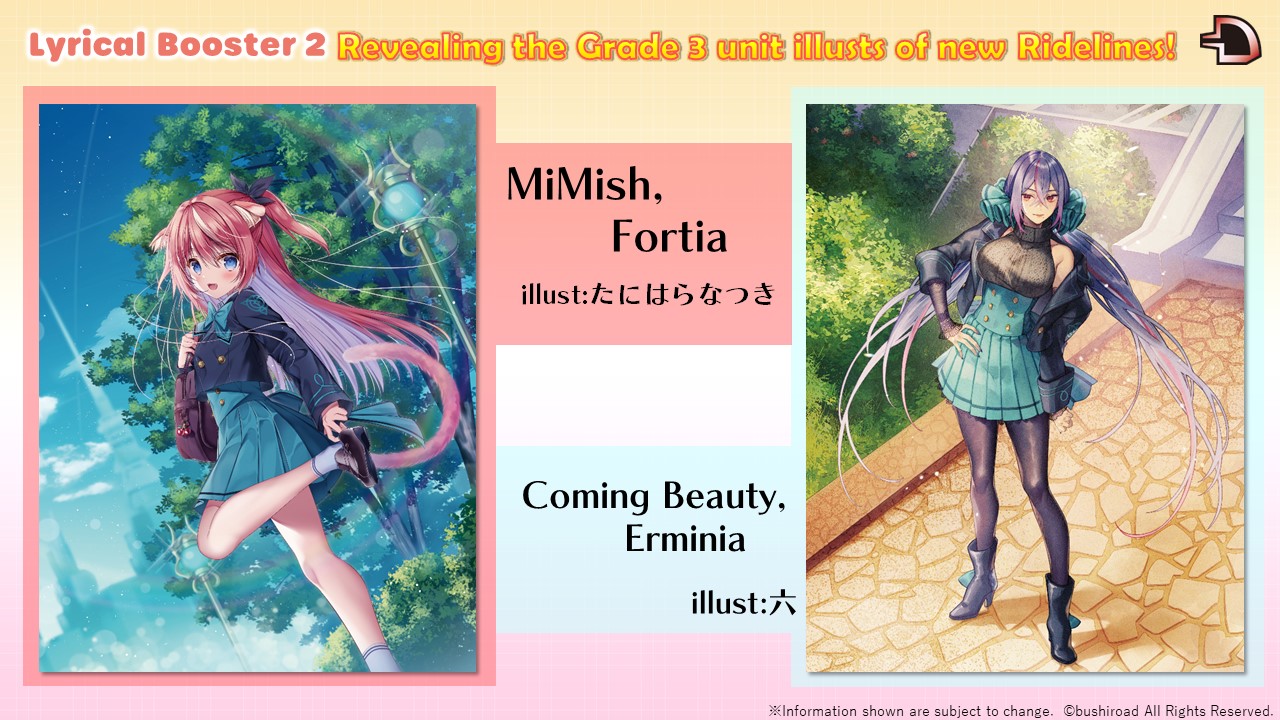 As featured in the weekly VG Bites. Do keep a lookout for more reveals!

Critical, Draw, and Front Triggers with Effects make their appearance in Lyrical Monasterio too!
Available in R and SP rarities too.
※Their abilities will be the same as what is found on “Burning Flail Dragon“, “Flare Veil Dragon”, and “Blaze Maiden, Parama“. 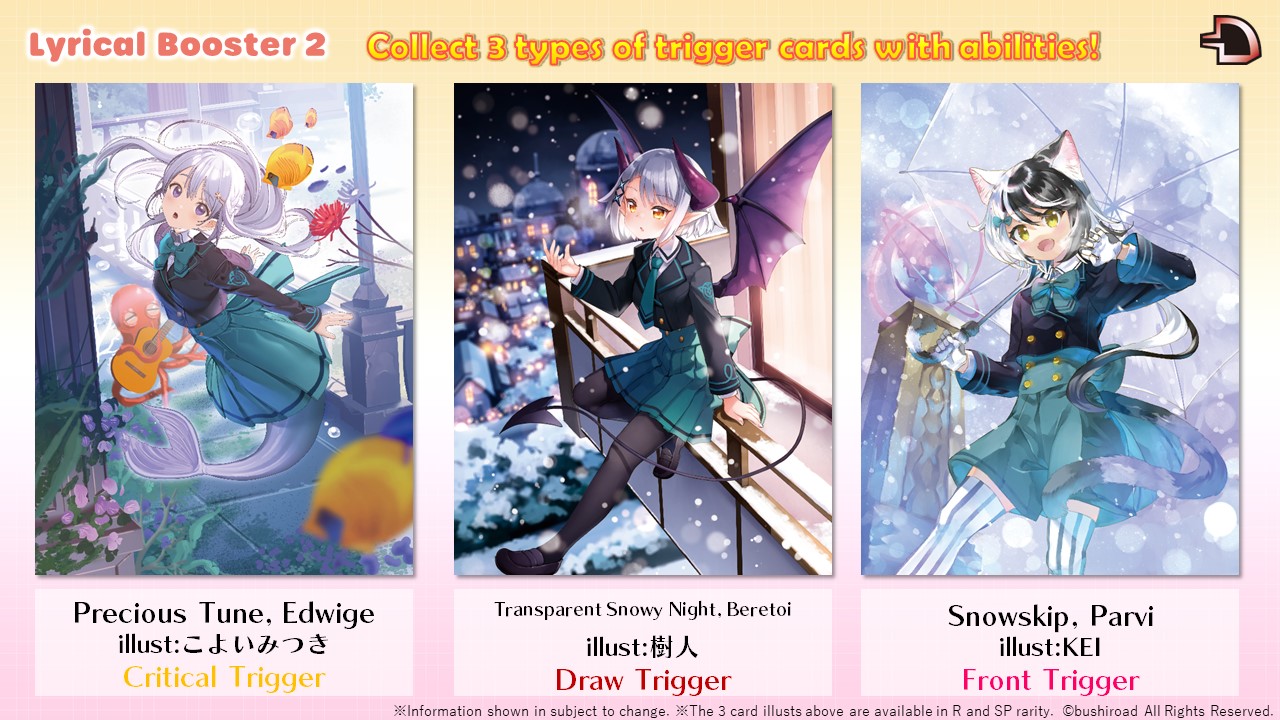 1 Guaranteed SP rarity card per box!
SP refers to special cards that have a different treatment on the surface compared to regular cards.
Get yours now with every display (of 16 packs)!
※Over Triggers and Perfect Guards are not included in this product.

Look out for the rare and ultra-valuable cards in this set!
Cards with alternate illustrations will be featured in LSR (Lyrical Secret Rare)!
The abovementioned new cards will come in this rarity too; do look out for them!
As revealed in the weekly VG Bites. 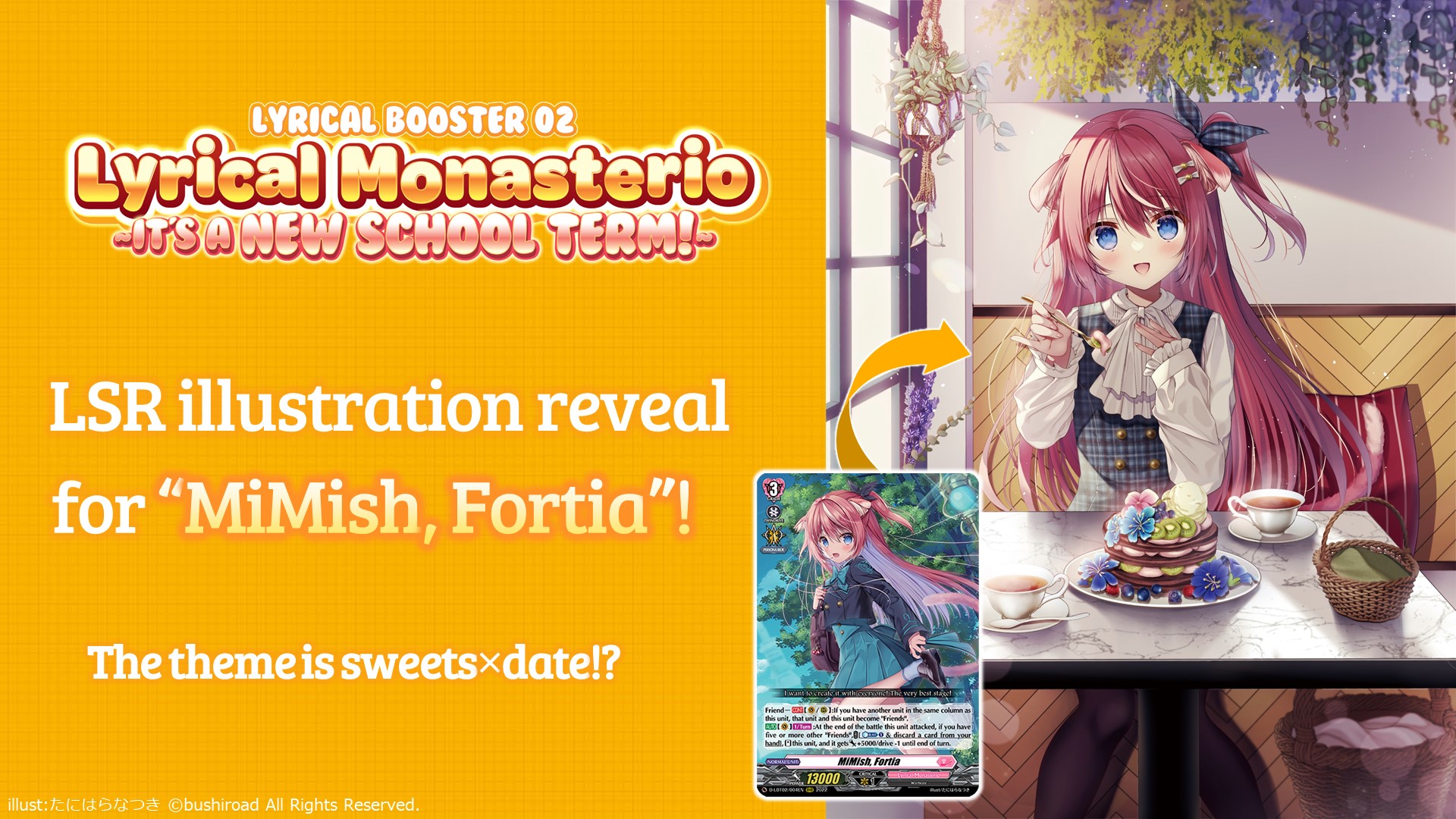 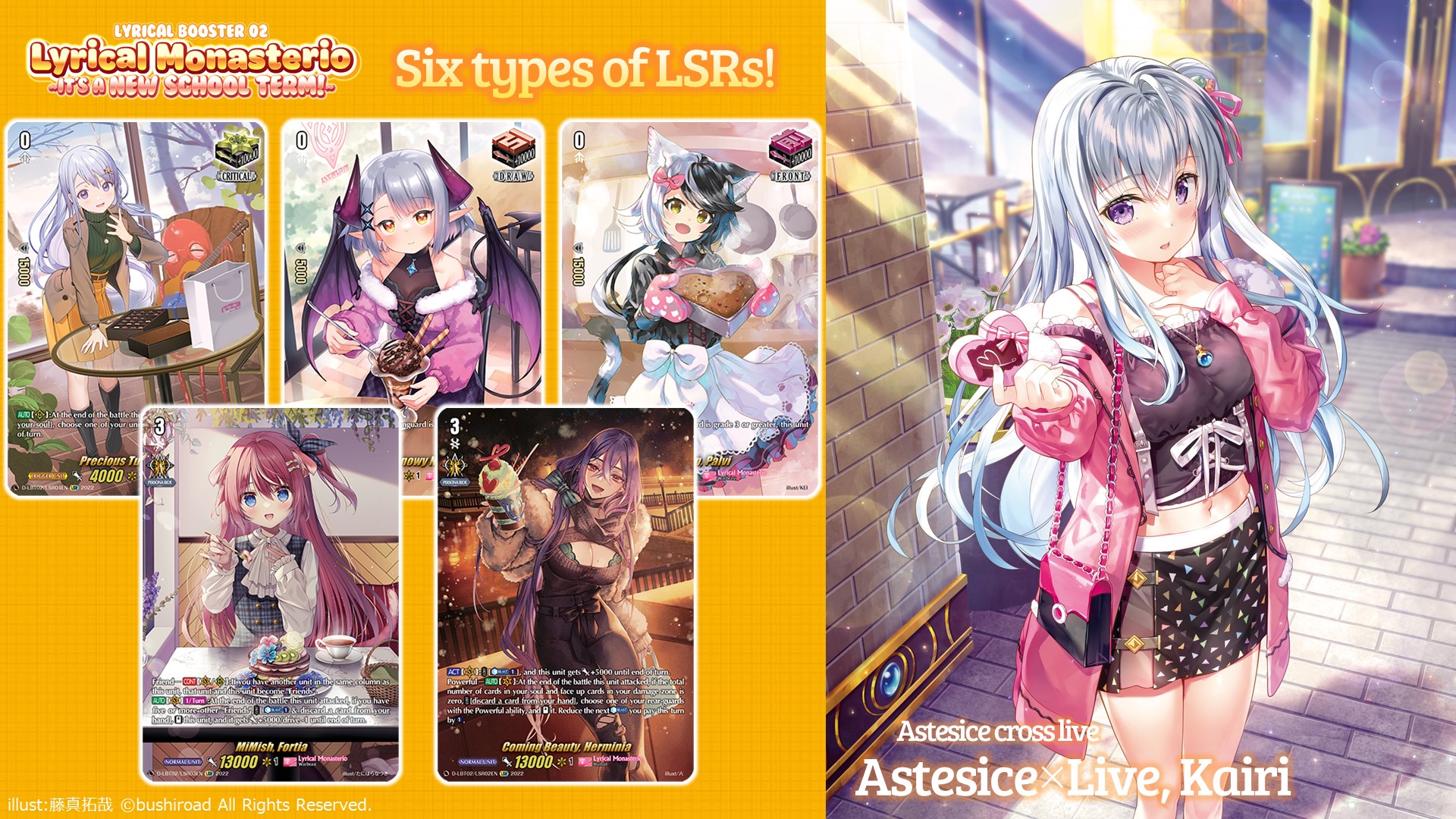 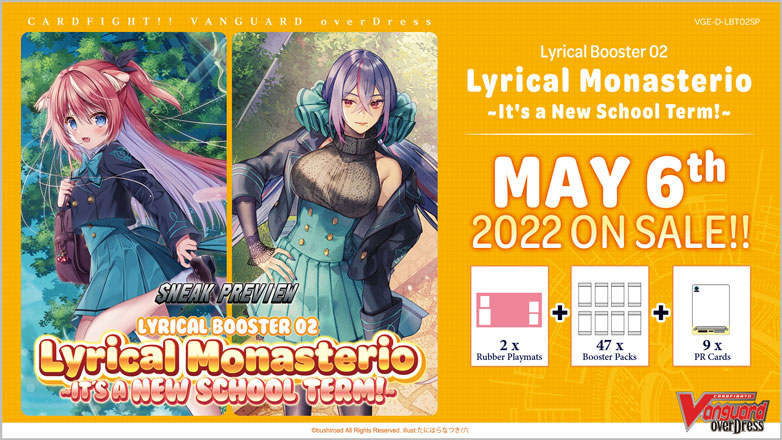