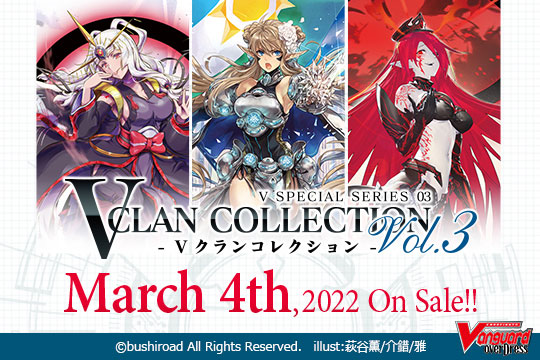 “Яeverse” units are entering the fray of “V Premium”!
The units that grabbed the attention of veteran players are back,
along with the allure of the new “Яeverse” forms of popular units!

All 24 clans receive a power up with the same-day release of V Clan Collection Vol.4!
※The cards featured in this release can be used for the “Premium” format, and cannot be used for the “Standard” format.

Great compatibility with cards from the previous Clan Selection Plus (Vol.1, Vol.2) & V Clan Collection Vol.1 too!
Combine the new “Яeverse” units with existing VR and RRR units to form the core of new decks! 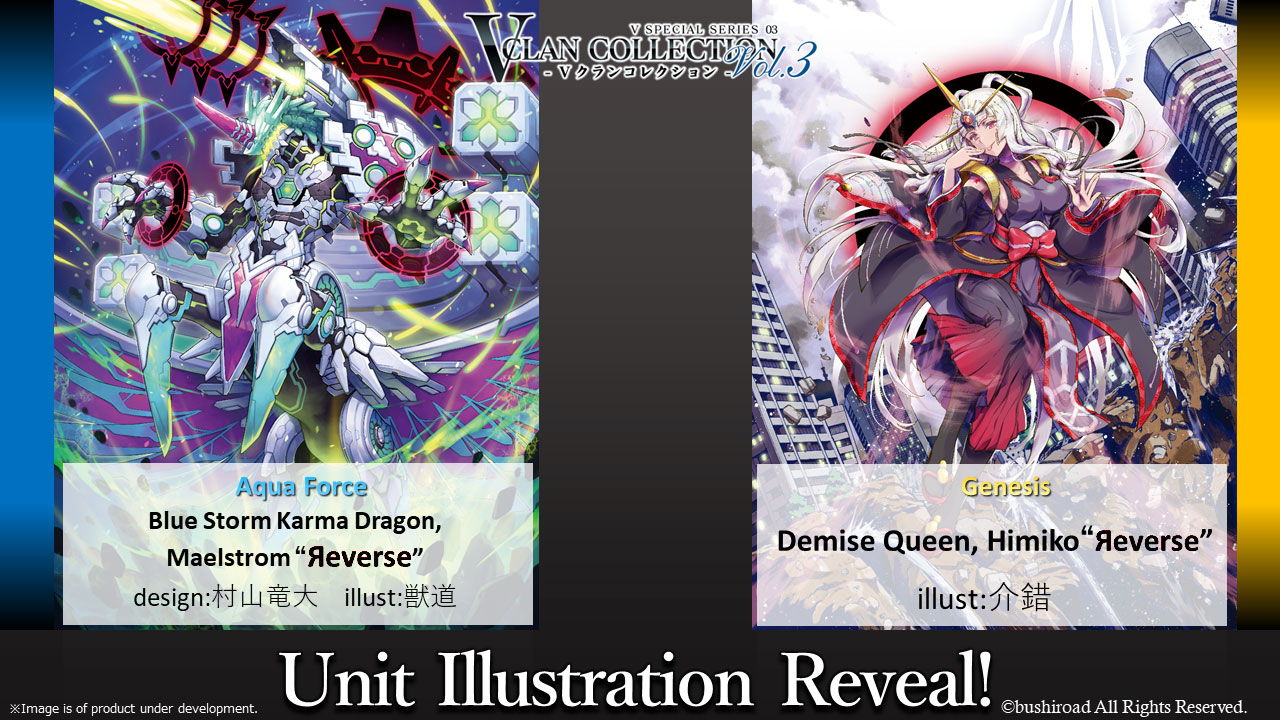 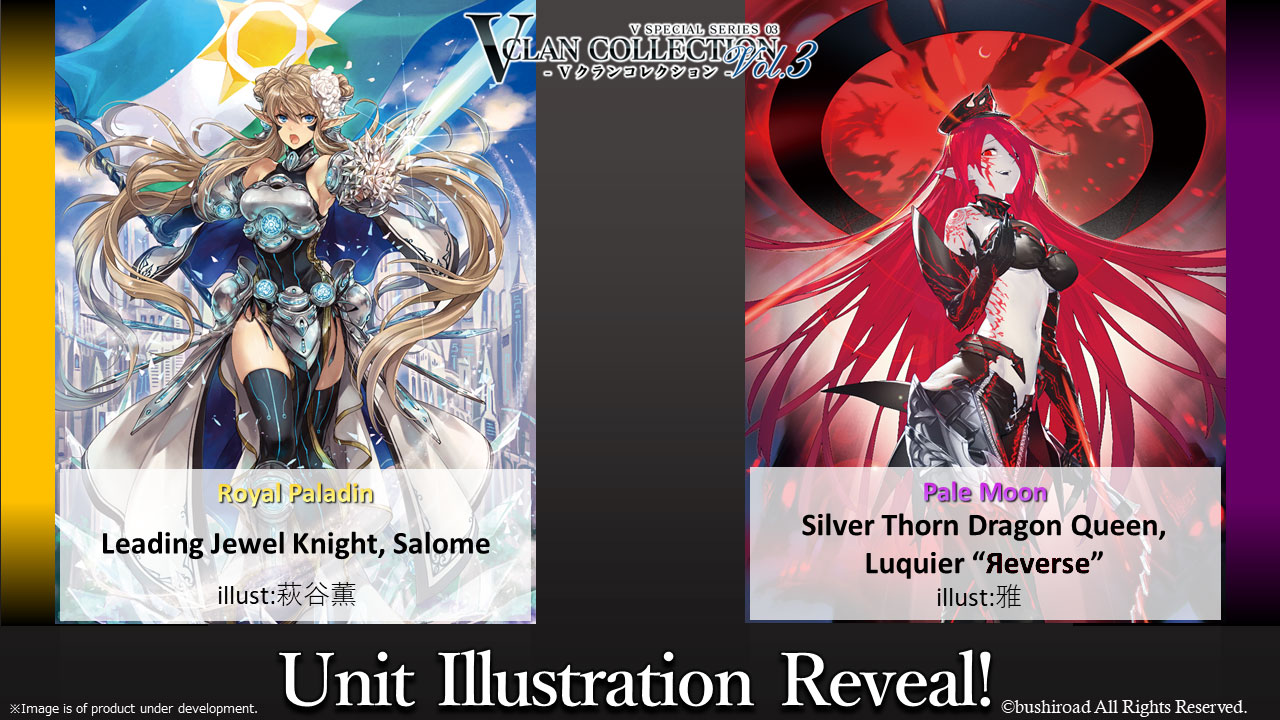 1 Guaranteed SP rarity card per box!
SP refers to special cards that have a different treatment on the surface compared to regular cards.
Get yours now with every box (of 12 packs)!

Box toppers you should not miss out on!
Exclusive Gift Markers are included in each display of V Clan Collection Vol.3!
The gift markers will have the “Яeverse” theme as well! 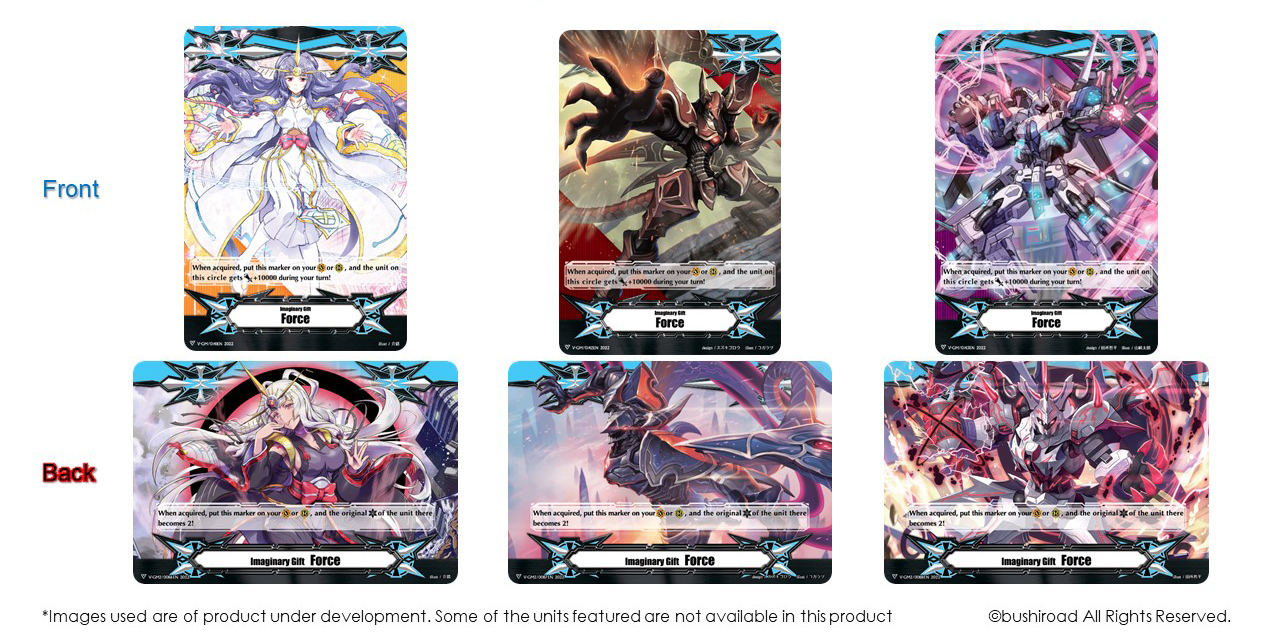 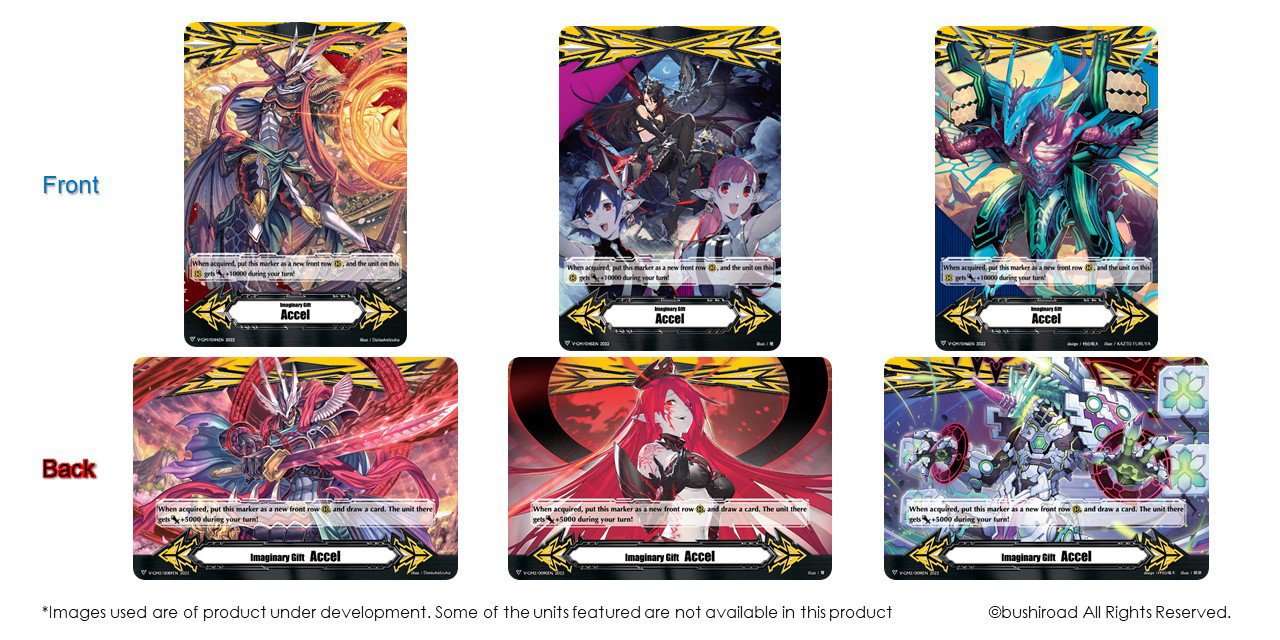 Tournament store-exclusive booster release campaign!
Get 1 PR pack free with your purchase of any 10 packs of English Edition Vanguard products!
There are 12 types of cards to collect!
※While stocks last, limited to tournament stores only.